The Convent of the Canons of San Agustín, also known as the Augustinian Convent and how The Nuns of the Blood. It is in the Las Monjas Street, of the Vila Vella neighborhood, in the center of the city of Alicante. 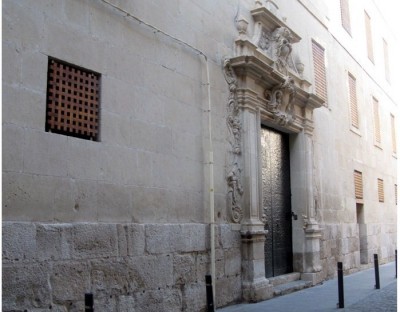 This building began to be built at the end of the 17th century for Jesuit school and residence. After the expulsion of this order it was occupied by the canonical nuns of San Agustín. 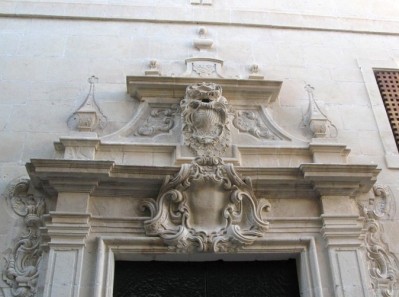 Its exterior has flat facades, with barred windows as it is a closing convent. The entire building is topped by a ledge as a projection. Oriented to the south we find the main facade, with a door lined with frames.

The building is organized around a porticoed inner courtyard that is unfinished and does not form a cloister, but in which we find beautiful Tuscan columns in the gallery. 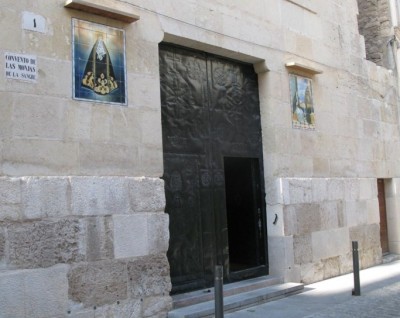 In the Chapel, dedicated to The Most Pure Blood of Christ, an image of the Virgin of Solitude of the XVI-XVII century, considered the oldest of those participating in the Alicante Holy Week. 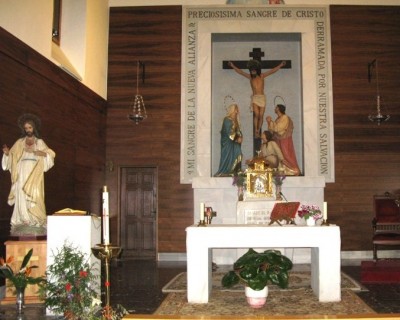 At present the Convent is unfinished, and the visit is not allowed because it is closing. We can only access the Chapel, which opens for Rosary prayer, daily at 18 hours. There is no schedule for tourist visits.