The Convent and Church of San Francisco is in the Pontevedra old town, in the Plaza de la Ferrería. It is a masterpiece of the gothic pontevedrés gothic that was declared Historical-artistic monument. 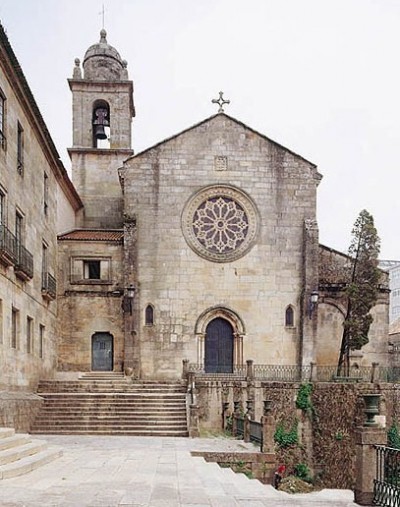 According to legend, it was founded by San Francisco de Asís during his pilgrimage to Santiago de Compostela, in 1214, although there is no documentation to support it. 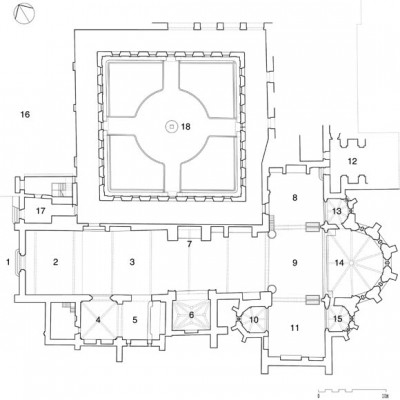 The church, built on the remains of the early 13th century temple, dates from the 14th and 15th centuries. It has a Latin cross plan with a single nave with three polygonal apses at the head with ribbed ribbed vaults, with slender pointed windows. The facade retains remnants of the old construction and stands out in it the magnificent rosette of modern era that is located between two side buttresses and the main door, with a great height. 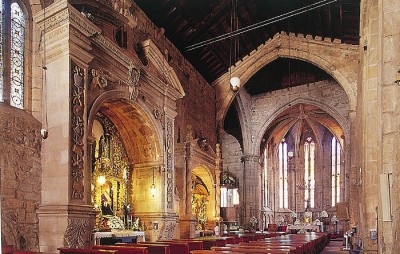 The dependencies of Convent they were in the west wing of the set and at present it is very reformed and occupied by the headquarters of the Provincial Treasury Delegation. It has a very simple eighteenth century cloister with a square floor plan, with a central cruise. 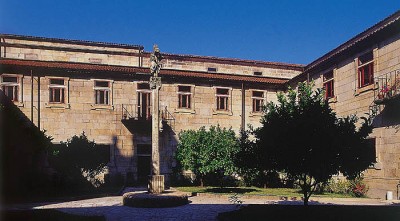 The interior of the Church houses some medieval graves, among which we must name that of Paio Gómez Chariño, troubadour and sea admiral of the thirteenth century. Worth seeing are the size of the Nazarene of the nineteenth century and the mural paintings of the sixteenth and eighteenth centuries.