The Corrientes Avenue of Buenos Aires is famous for being “The street that never sleeps” and the most beloved of the inhabitants of the city. Its current physiognomy is acquired in 1836 when it was widened, but for Buenos Aires it is still the "Corrientes street".

Born almost in the Río de la Plata, near to Luna Park Stadium, headquarters of mass sporting and cultural events, travels about 8 kilometers to the Chacarita neighborhoodin whose Cemetery there are distinguished characters such as Carlos Gardel, Anibal Troilo or Miguel de Molina. In its journey it has many faces, those of the neighborhoods that it crosses, and shows aspects of the life of the Buenos Aires. 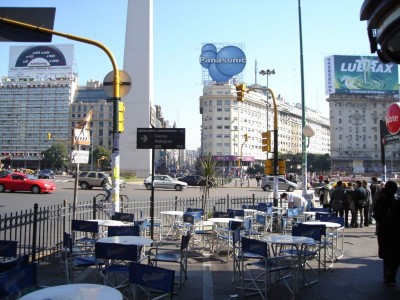 Street linked to the history of tango, with the number 348 immortalized in tango At half light, and a series of plates on the sidewalks that remind us of their protagonists: Carlos Gardel, Tita Merello, Disceplo and many more.

The heart of Corrientes beats in the Republic Square, at the junction with Avenida 9 de Julio, chaired by the obelisk. 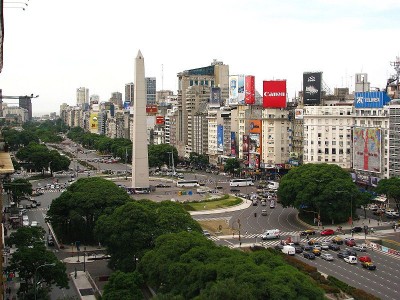 The traditional bars They multiply between Callao and the river. Names like The Forum, La Paz, Cabildo, Pernambuco, and many where the salon was and will be marked by politics, philosophy, psychology and art along with the most select audience.

The heart of the argentine theater he lives in Corrientes, in his great rooms like the Great rex or the Opera where the Piaff will sing, The National, where in 1933 Gardel will debut, until small underground, going through the magazines or the great musicals. With theater complexes like the General San Martín Theater and Cultural Center or the Paseo La Plaza. 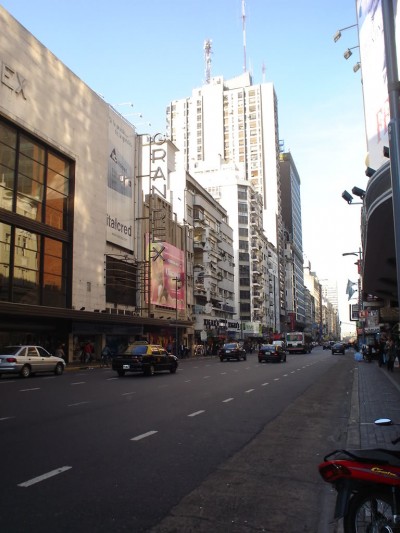 His famous balance bookstores, where we can find some incunable lost in tables full of disparate specimens, living with the large bookstores like Ghandi or Hernández.

The spirit of Corrientes survives through the years and fashions. A place we can't stop going if we want to know the secrets of Buenos Aires.