The crystal Palace It is located in Madrid, was built in 1887 by Ricardo Velásquez Bosco, and is part of Good Retino Park, one of the most beautiful parks in the city. That is why it is also often called Palacio del Cristal del Retiro. 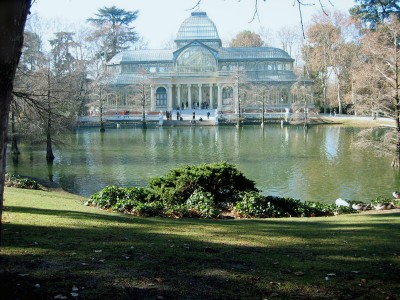 Its structure was designed based on metal and glass, which gives it its unique majesty. It is shaped like a classical cathedral, but with transparent walls.
Its dome has more than 22 meters high.

On the facade of the palace an artificial lagoon was made, which helps a lot with the composition of the landscape. 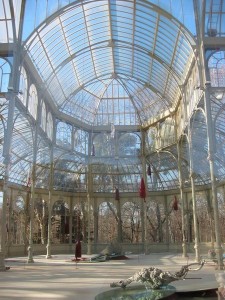 All this was built to demonstrate to the entire European continent, that Spain It was superior to other countries, it was a way of impressing.
In the beginning it was a greenhouse, but today after its remodeling, exhibitions and various events are usually held inside. 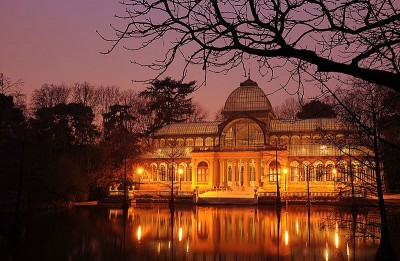 But the main motivation to know the crystal Palace, is its very structure, which draws much attention to its elegance.

The exterior of the Crystal Palace and its surroundings.