Who has not heard of Verona, the city where the drama of Romeo and Juliet It came alive. This city that was inspiration for William Shakespeare, one of the most representative figures of English letters, offers great cultural content for all those who wish to meet her. 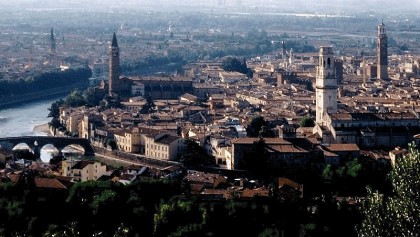 Verona is a Italy city, surrounded by hills and close to the Adige River, has a great attraction manifested in its beautiful natural landscapes within which we can appreciate Lake Garda that is located 30 kilometers from the city. But, the attractions of this city are not only made up of its beautiful landscapes; but also, it has a rich cultural life that combines tradition and history.

Within the main cultural attractions of Verona, we have:

– The Archaeological Museum in the Roman Theater. Located in an old monastery of the fifteenth century, it is a museum made up mostly of artistic donations from the city’s illustrious citizens. 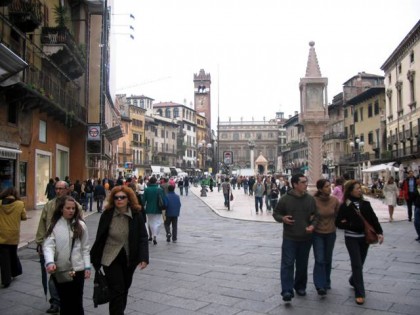 – La Chiesa san Giorgetto. This church, dating from the 14th century, is one of the most notable in Verona and stands out for its Gothic designs.

– Capitolare Library. This library is one of the most important in Europe including more than two thousand manuscripts and valuable works.

– Maffeiano Lapidary Museum. This museum is located in the building of the Philharmonic Academy and is one of the oldest public museums in Europe. The Lapidary Maffeiano Museum was founded in the 18th century and has more than half a thousand inscriptions in Greek, Latin, Etruscan, among others.

Others cultural destinations that we can visit in Verona are: the Canonical Museum; the Civic Museum of Natural Sciences; the Museum of the Frescoes; the Palazzo Forti Museum; the Porta Vescovo Railway Museum; and, the Miniscalchi-Erizzo Museum. 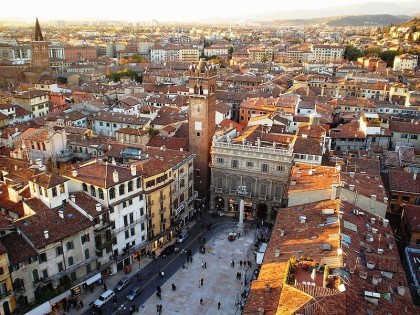 Between the best Verona architectural exponent we found the Verona Cathedral, also known as Cattedrale di Santa Maria Matricolare; the Church of Santa Anastasia, of Gothic styles that was the center of the Dominicans; and the Basilica of San Zenón with his romantic style – Lombard of the twelfth century.

Being a city that was once fortified, Verona has numerous palaces, bridges, squares and gates that are included in the tourist circuits that are made within the city. Finally, it is important to note that among the monuments that we cannot stop visit in Verona we have the Juliet’s house, that although it has not been possible to verify that the protagonist of Shakespeare’s story lived there, he receives millions of visits a year.