The money of French Polynesia is he French Pacific Franc. The Pacific franc is the currency of all French overseas territories, including New Caledonia, Wallis Futuna and French Polynesia. 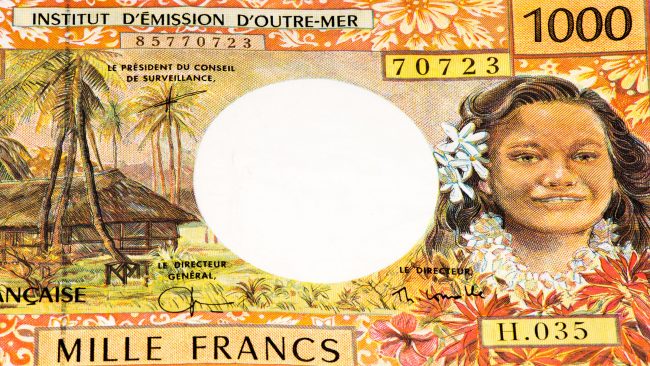 The French Pacific Franc is also called CFP franc or Comptoirs Francais du Pacifique Franc. The currency symbol is XPF, although you can also use the symbol CFPF.

The exchange rate is: 120 francs equals 1 euro. The franc is divided into 100 cents. 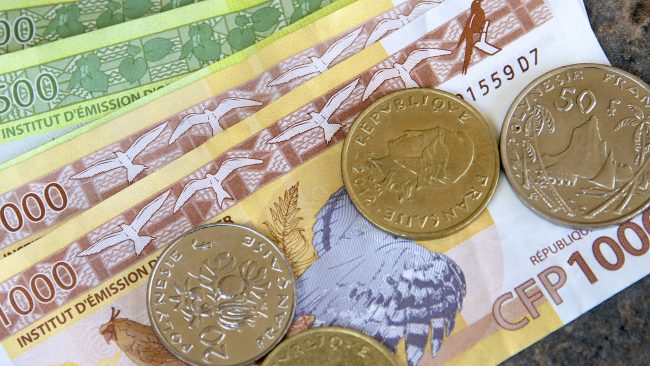 In Tahiti, before the francs were used, the currency was used as dollar, also called tala or tara by the Chinese natives and merchants who used it.

Bargaining is not practiced in French Polynesia.