The official currency in Turkey, since 2009, is the Turkish Lira, TL (Turk Lirasi). A Lyre is divided into 100 Kuruş (kurush), the cents.

Both the euro and the dollar are accepted in purchases, but for smaller expenses it is better to bring Turkish Liras. The approximate change, as of July 2010, is 2 Turkish Liras (2TL) per euro and 1.5 Liras per dollar. 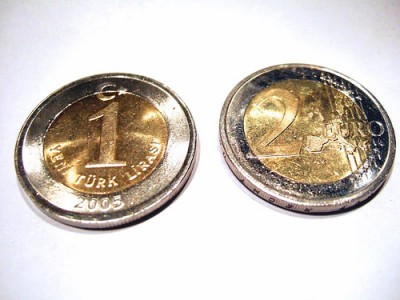 International credit cards are accepted in most shops and with them you can access your bank accounts, from the ATMs of the Turkish banks, withdrawing cash in the local currency. There are international banks that deliver euros or dollars at some ATMs. Banco Garanti has the ATM menu in Spanish. Bank hours are Monday through Friday from 9 a.m. to 5:30 p.m.

There is no money limit to enter, but to get out of the country, it is set at $ 5,000 or equivalent currencies.