Before talking about the treatment of the issue of death in Latin America, it is necessary to contextualize the information by mentioning the role of religion within the Spanish-American culture, given that the majority of the population professes Catholic Christianity. Below we list the main acts or rituals related to death in Latin America.

Prayer of the Novena

First, it is worth noting the prayer of La Novena, which is common to all countries Latin America, as it encompasses a series of shared knowledge within this society.

Within the worldview of Spanish-American culture, the number nine is a symbol of the multiplicity that returns to unity, perfection and redemption. 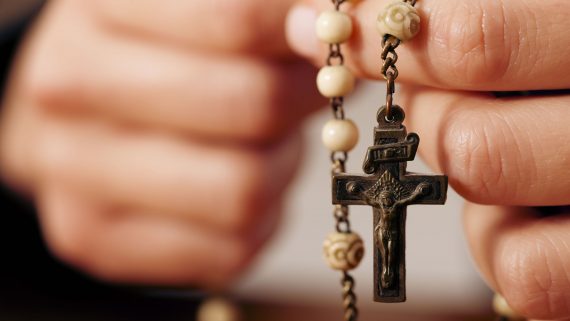 When a loved one dies, it is believed that the soul remains nine days around the body until it begins its definitive journey. Therefore, every night during the nine days after the death, the Novena is prayed at the home of the deceased, where the participants also celebrate a banquet.

According to the DRAE (Dictionary of the Royal Spanish Academy), «the Novena is an institutionalized religious practice that is practiced for nine days with prayers, readings, litanies and other pious acts, addressed to God, the Virgin and the saints» . Thus, the Novena prayer responds to feelings of anguish and need

Helped by the Novena, people try to overcome the tragedy and make a festive recreation. It is believed that divine power can act in favor of man.

In these countries, the wake lasts 24 hours and is done in this way because, according to the natives themselves, «San Pedro does not wait». Although it is sometimes held at a funeral home, it is usually held at the deceased's house and he is lying in his own bed.

The wakes are moments of reunion not only familiar, but also of all friends and close friends. Therefore, they are places where stories are heard, anecdotes are told, comments are made on politics and economics, cards are played and jokes are even told.

Massively come from both relatives and neighbors and prayer shifts are organized that combine actual sentences with religious songs. At the same time, the owners of the house organize an abundant banquet.

The burial is celebrated the next day, in which the entire town goes in procession to the cemetery. Depending on the social class to which the deceased belonged, classes and all kinds of social activity may be suspended. 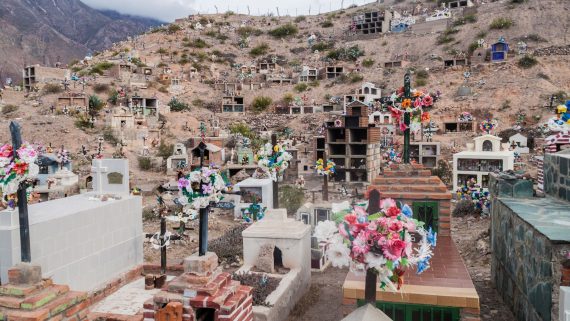 After the burial, the entire cemetery is swept and, sometimes, coca leaves are thrown into the grave. The first days after the funeral, flowers are taken to the grave daily or weekly.

Guatemala is a multicultural and multilingual country, so it has different myths and customs that vary by area.

The Guatemalan family is characterized by maintaining a strong bond in any circumstance, so that when a member dies, they all work together to prepare the deceased's preparations. 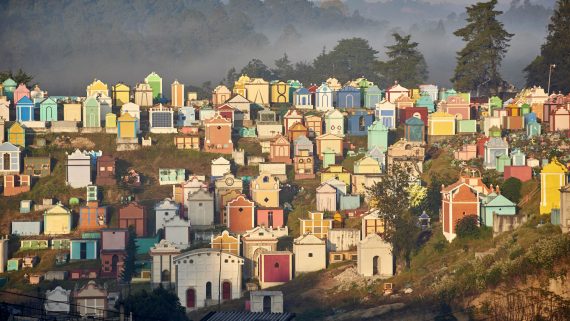 During the wake, in some regions it is offered from chocolate to soups or sandwiches and participants remember anecdotes of the deceased; In other areas, the whole town spends the night smoking, drinking rum and playing cards, especially poker.

The watch can be extended up to 72 hours. The next day, before moving the coffin to the cemetery, a Mass of present body in the church. Walking behind the coffin, sometimes they accompany mariachi bands.

Since ancient times, Peruvians have had a lot of respect for the deceased and it is common to think that, if someone dies, this is a offering for God and, therefore, a ceremony must be held in this situation.

In Peru, for ideological reasons, there are differences between the most well-off and low-income classes. This responds to ideological reasons, according to which society has acquired certain cultural habits and praxis that contribute to the hierarchy and / or discrimination of different social groups within this same culture. 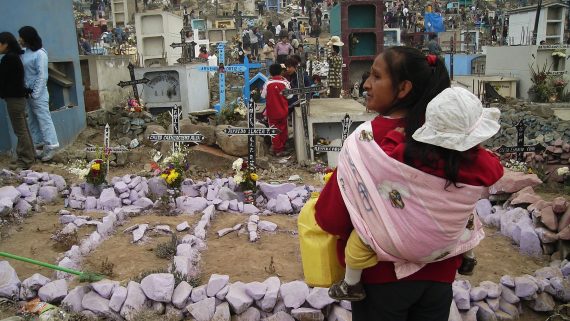 If it is a family with low economic resources, the wake is held in the house of the deceased and buried in the land of his property after having made a Mass with the parish priest of the town.

When the economic position is greater, depending on the importance of the deceased in life, you can extend the wake up to three days and, during the trip to the cemetery, you visit the places of the town where he spent the most important moments of his life.

In Ecuador and Bolivia, when a relative dies, it is a very common practice to be bathed and dressed in his best clothes and buried with his most precious objects.

Usually, the funeral lasts two days in which food and drink are offered to those present. On the third day burial is celebrated, in which everyone is dressed in black. Family members must remain in duel for a year. 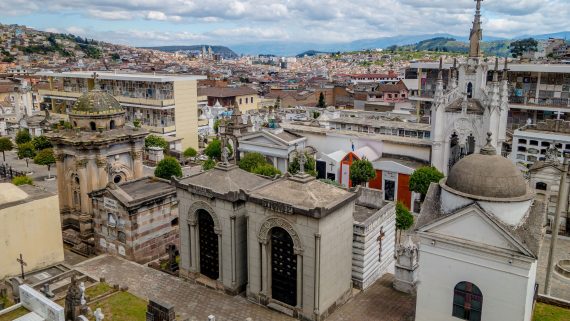 In some indigenous peoples, especially those in eastern Ecuador, a shaman performs a ritual post mortem With herbs and flowers.

Afterwards, the deceased is placed in a raft that is in the water and, while the town celebrates a party in honor of the deceased, his body is burned. At the end, the remains of the raft are collected and buried.

The diversity of beliefs, rites, devotions and celebrations in case of death that take place in Latin America corresponds to a collective way of seeing the world, in which the welfare of the group prevails over that of the individual. The worth of an individual lies in how he has contributed in life to society. 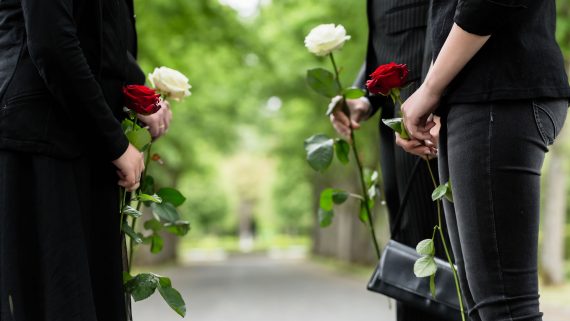 This collectivist worldview would clash with existing individualism, for example, in American culture, in which great importance is attached to the individual, that is, the autonomy of individual beings is valued.

This collectivism can be reflected when communicating death. So, when it comes to give condolences or talk directly about the issue with a family member of the deceased, it is usually assumed that we share a large plot of information with our interlocutor.

Thus, statements of the type are usually used:

To express concern about the emotional state of the deceased's relative, the expression is often used What was there? or just wonder How are you? or other similar forms. 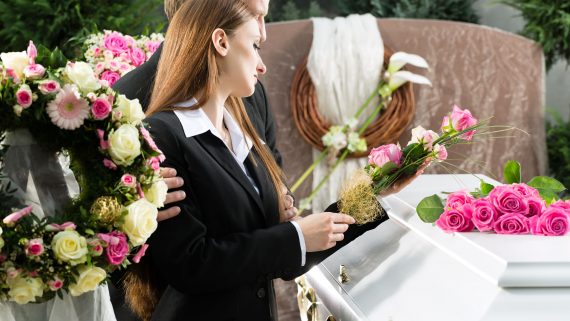 In the majority of occasions in which the condolences are given, the habitual response of the addressee is silence. However, this silence hides a series of implicatures through which it says more than it seems: it responds to an end and, in this case, it is about showing the emitter the pain that is suffered.

Normally, the aforementioned expressions are accompanied by a nonverbal greeting, which varies depending on whether the person giving it is a man or a woman. Among men, the characteristic is to slap on the shoulder.

On the other hand, among women or between men and women condolences are usually accompanied by a kiss on the cheek, perhaps because there is more respect for the female gender. This greater respect could be explained by the concept of "courtesy" in the sense of "chivalry" or "ceremonious courtesy."

This article has been shared 29 times.