The Aztec culture It was one of the pre-Columbian cultures most important that developed within the american territory, and, although its history dates from the fourteenth century to the sixteenth century (when they were conquered by Hernán Cortez), they have left in what we know today as Mexico, a broad sample of their power through archaeological remains that millions of tourists visit annually.

Within the aztec ruins most important we find the Tenochtitlan Ruins. The Ruins of Tenochtitlán were discovered at the beginning of 1978 by a group of workers of the Mexican light company, without them knowing that what they had found would be considered as one of the largest archeological discoveries of Mesoamerica. They first found the remains of a sculpture dedicated to Coyolxauhqui (Mexican goddess) and then the ruins of the main temple of Tenochtitlan (The same one we know today was destroyed by Hernán Cortez in 1521 when he took the city). 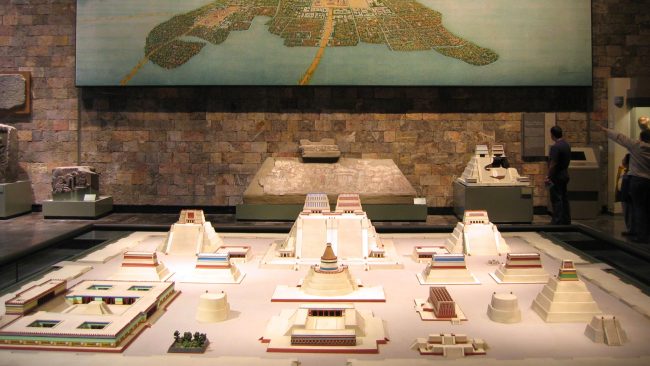 At present what can be visited of the Tenochtitlan Ruins are the remains of the Templo Mayor and the monumental sculptures of Tenochtitlan. The Templo Mayor is considered one of the most important archaeological revelations in Mexico (pieces and crafts are found intact) and, the monumental sculptures are made up of gods full of claws, fangs, adorned with rattlesnakes, and even, you can see sculptures of beheaded goddesses. It is considered that these sculptures were like the guardians of Templo Mayor de Tenochtitlán and that apart from serving as protectors they had a strong religious significance.

Within the investigations aimed at Tenochtitlan Ruins, it has been determined that the main temple it was the center of the political, religious and economic life of the Aztecs; In addition, it was a space where the life of the inhabitants united with the mythology of their culture, taking place a series of festivals and offerings in the name of the gods. 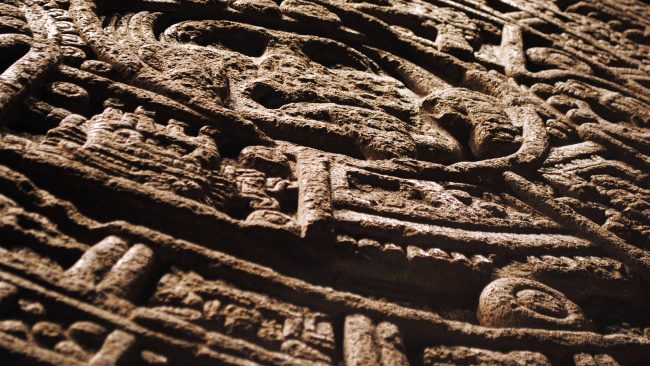 The Tenochtitlan Ruins They were built in an average of seven stages and are considered to have reached a height of over sixty meters.