Düsseldorf It is presented as a city of fashion. It would be said that in his genes there is a fondness for the new, and that is why it is understood that he has made a banner of art and new architecture. The most ambitious effort in this regard is the so-called MedienHaffen. It is about turning the degraded area of ​​the old river port into a “golden mile” dedicated to the creation, advertising, art and communication industries. Without reaching the gigantism of the similar project that is undertaken in the port of Hamburg, the Rhineland port has already entered its third phase, with which it will complete more than a mile: about 30 hectares have been transformed, with an investment that exceeds The billion euros. 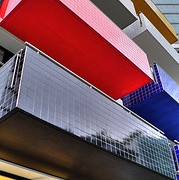 The project began with three clusters of buildings Frank Gehry, to those who call leaning towers or moving houses a nod perhaps to the sets of expressionist cinema and the shadows that Fritz Lang projected on the vampire from Düsseldorf. More than fifty architects sign other blocks, although more efficiency and functionality have been sought than personalistic fuss. And protected pre-existing buildings have been agglutinated, including a mill and a brewery. But the architectural bet is not the only important thing. The interesting thing is that the old port has become a new center of gravity for living together. Thanks to the fact that they have mixed, with more than 300 companies based, large hotels, fifty restaurants and bars, shops, multiplexes and discos; The pedestrian walkway nicknamed “The living bridge” is exactly that, a living room or lounge with a bar counter, from which to contemplate the river and the old town’s profile with a glass in hand. 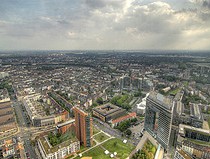 The people of Düsseldorf know how to be informal without giving up sophistication and, above all, be fun. They say there that, in addition to the four seasons of the year, they enjoy a fifth season: that of the party. Which begins in mid-November, with the Hoppediz de San Martín, continues with the Christmas holidays and culminates in the madness of the carnival, one of the brightest in Europe, there are those who say that the fifth season lasts all year. It is no coincidence that Düsseldorf is the homeland of the Altbier, high-grade black beer, and that, in the old town, the Kurzestrasse is paradoxically “the longest bar in the world”, for its bars and bars with no continuity solution. 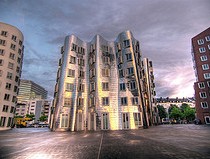