Egypt is an interesting country whose inhabitants maintain diverse customs related to their culture and religion. In this article, we talk about the most important traditions that are preserved today in both rural areas and cities.

About 90% of Egyptians are Muslims, so religion is quite present in the culture of this country in Africa. Among the different customs of this faith is that of not drinking alcohol or eating pork.

On the other hand, there is a small minority of Copts, a branch of Christianity characteristic of this territory. Therefore, it is possible to meet some church in some areas of Egypt. 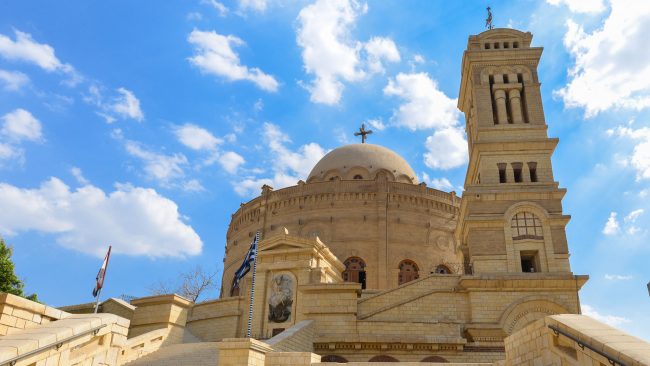 Coptic Christians celebrate Christmas. Unlike in most of the world, for them the most important day is the January 7th. Among the different traditions of these dates, is to go to church with new clothes, give gifts to poor people and fast.

On the night of January 7 a great dinner is organized with family and friends known as Fatta. In it you eat boiled meat, rice, bread and garlic. 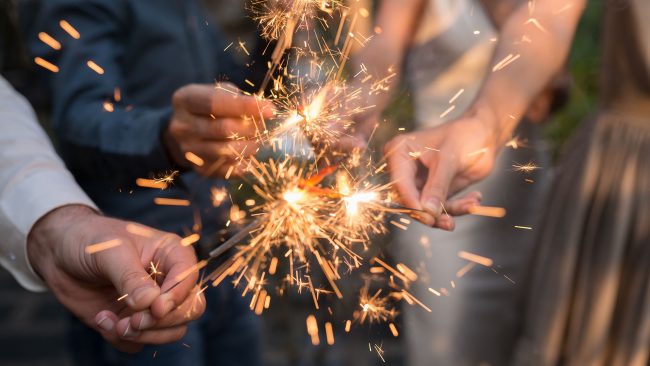 The New Year is celebrated mostly in big cities due in part to the influx of tourists. However, for the Copts, this date is celebrated on September 11, the day they give gifts to children. Last night is known as New Years Eve.

Birthday is an important day for the Egyptians. Therefore, they organize parties with friends and family. In them abundant food is served, as well as typical sweets. 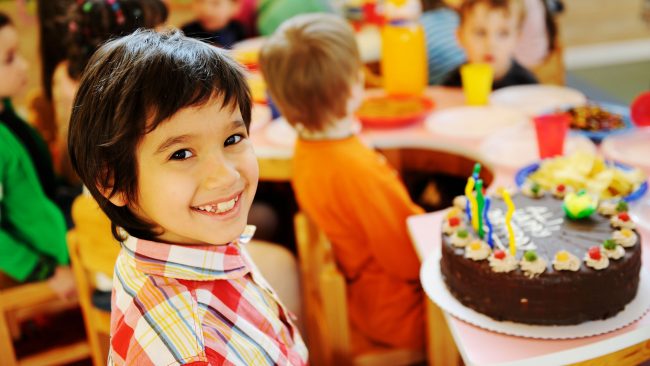 In rural areas of Upper Egypt it is still common for weddings to be arranged between cousins. This means that it is the family, not the boyfriends, who is responsible for deciding who will marry who.

It is common for the girl's father to give the future husband a dowry. However, it is the groom's family that has to pay for the wedding and housing banquet, among other things.

The dowry is a set of money and valuables that the bride or her family give to the future husband.

At the wedding, it is typical to make a wedding march known as zaffa. In it, traditional music is played and there are dancers and artists. Some dancers carry a candlestick in the head. They are responsible for taking the bride to the groom's house through the call Shamadan dance. 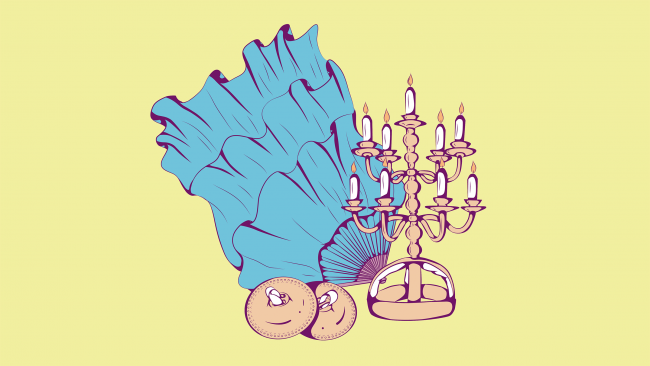 Islam allows a man to marry more than one woman, although today it is not common. If so, the husband should be responsible for keeping all women equal. In addition, you must have the permission of the first wife. A married woman cannot travel abroad without her husband's permission.

In Egypt it is impolite to point people directly. When greeting, the right hand is usually given. Between people of the same sex, two kisses can also occur.

Although it seems a strange custom, in Egypt and the rest of Arab countries it is normal for two men to walk holding hands Down the street as a symbol of friendship. It should be remembered that homosexuality is frowned upon and even punished. You can learn more about this topic in the following article: The 10 worst tourist destinations for the LGBT community. 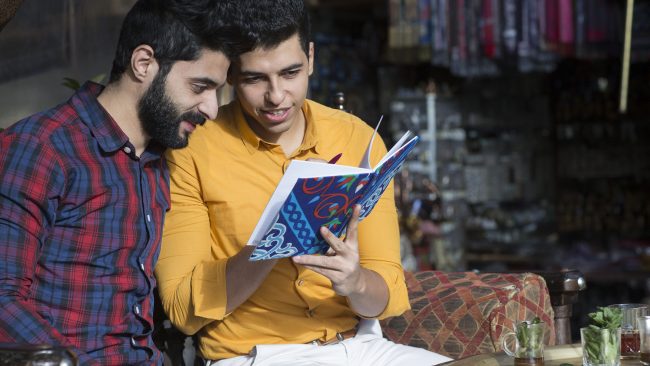 On the other hand, the left hand is not used for the main actions such as eating or touching a person, as it is considered rude.

As in other cultures, meals have a social function and people tend to meet. In addition, they are usually the main activity when celebrating some dates such as birthdays.

He ful medames is considered the National dish. Its main ingredient is beans, which are cooked in a copper vessel over low heat. Then, they are seasoned with olive oil, garlic, parsley, onion and lemon juice. 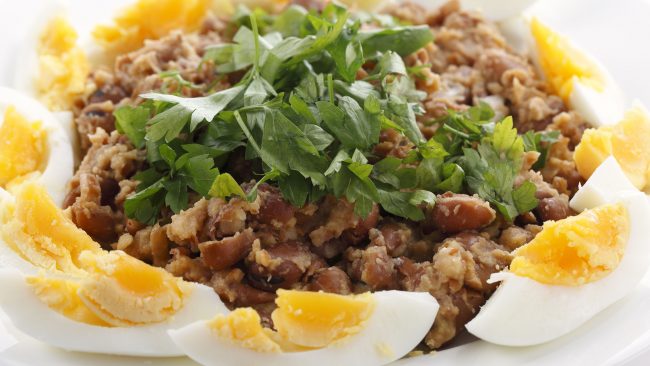 Another typical dish is the fesikh, which is a fish dried with salt. With food, the Egyptians usually drink water with some kind of flavor like orange blossom. Bread is one of the most important elements in Egyptian cuisine. It is made in different ways and usually accompanies the main dishes.

Women have more freedoms than in other Arab countries, as they can drive, go alone on the street and work. However, it is not recommended that they go without company in the afternoon and evening.

There is also quite a difference between the countryside and the city. In rural areas, the environment is more conservative and women have a greater responsibility when raising children. 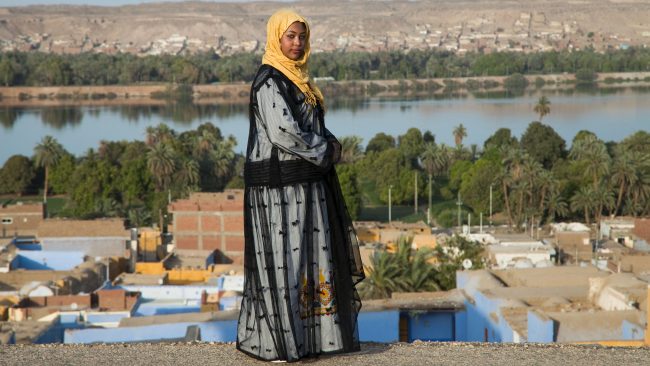 In rural areas, the fact of not showing elbows and knees is more stringent, and that women wear their hair covered. However, there is greater freedom in big cities. The main material with which the garments are made is the cotton.

As for men, they wear wide pants and shirt. In the most modern cities you can also see some boys with shorts, although there are also some that cover the entire body. 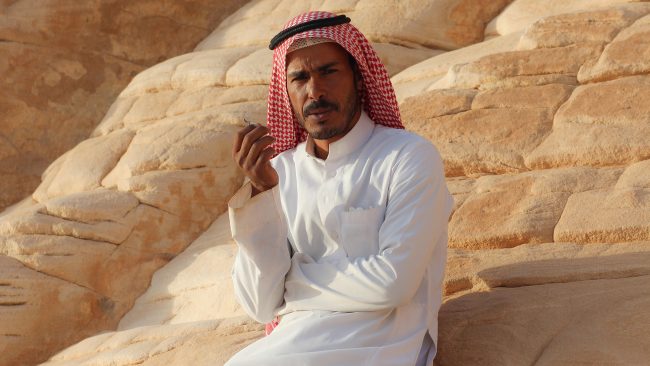 When doing business, the Egyptians do not reach an agreement until they have a relationship of trust with the other person. Therefore, meetings are usually quite long and other topics are discussed besides business.

Punctuality is not an indispensable requirement, since they have a different conception of time than other countries and do not like to be in a hurry. Therefore, we must have patience.

It is common to exchange small gifts and attend a meal or show as a way to gain more confidence and get to know each other better.

This article has been shared 137 times.