The Albaicin is on the San Miguel Hill, facing the hill of the Alhambra. It is the oldest center in Granada and was declared World Heritage by UNESCO for its uniqueness and richness.
It is not known for sure what the name means, you risk “The suburb of Falconers” or “Neighborhood on slope”. 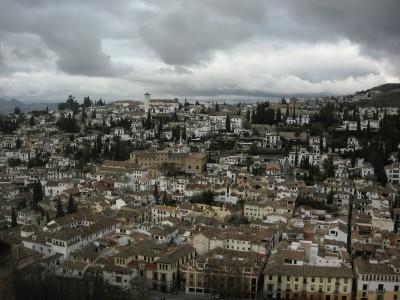 Its settlement began in the Iberian era, from which parts of the walls of the III century BC have been found. It has continued populated continuously until today. In the Caliphate era it was surrounded by walls. It was in the Nasrid period where he had the most influence, with 40,000 inhabitants and 30 mosques. 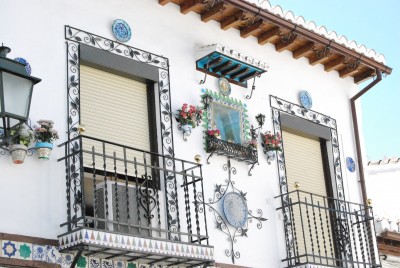 It maintains the Nasrid urban plot, with narrow and winding alleys that run from the New Square until the Los Tristes Walk. The constructions of their houses respond to the characteristic scheme of the carmen: housing surrounded by a high wall that separates it from the street with a small orchard or garden inside. 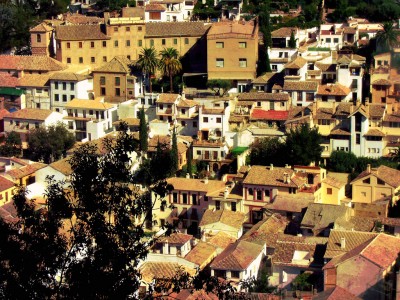 A walk through the Albaicín neighborhood is an opportunity to discover that history through its unique corners, its squares, handicraft shops, reservoirs. It also houses numerous monuments and groups from different eras, such as the Church of El Salvador in the old site of the Great Mosque, the Bañuelo, the Royal Chancery wave House of the Mascarones.

We can take a walk walking to travel from the Elvira Arch to the Paseo de los Tristes and, without stopping to make visits, we must calculate an hour and a half of duration. Keep in mind that some streets have a very steep slope. Doing it by car is totally inadvisable. We cannot fail to include a special stop on the tour Saint Nicholas’ lookout for the wonderful views of the Alhambra.