The El Ateneo Gran Splendid bookshop it occupies since 2000 the building that belonged to the homonymous Theater Cinema, in Santa Fe Avenue 1860 from Buenos Aires. The traces of his past and his elegant architecture of academic style were respected to recycle this building that in 1919 the architects Peró and Torres Armengol designed. 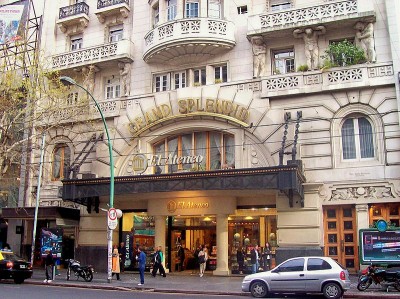 Its beauty is appreciated from the greek style facade which presents a marquee with caryatids holding the balconies, made by Troiani, the same artist in charge of the sculptures that frame the stage. 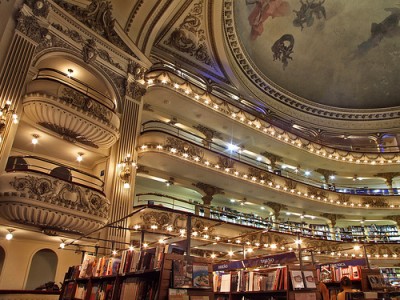 Inside its oil painted dome in 1919, by Nazareno Orlandi, it remains intact with an allegory of peace at the end of World War I, just like the four rows of original boxes which are used as reading rooms. After the open velvet curtain, on the stage, the cafeteria gives us a privileged view of the whole. 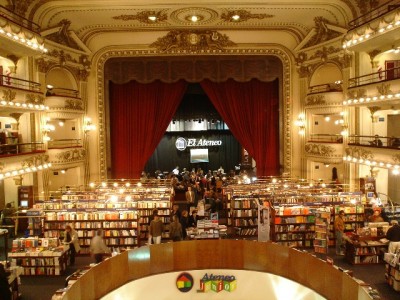 The Guardian British newspaper put it on second place in the list of the most important bookstores in the world, valuing this unique building.
Buenos Aires is one of the cities with the highest concentration of bookstores in the region, so it is not surprising that this is the largest bookstore in South America, with 2,000 square meters in which we will find more than 120,000 titles in stock. 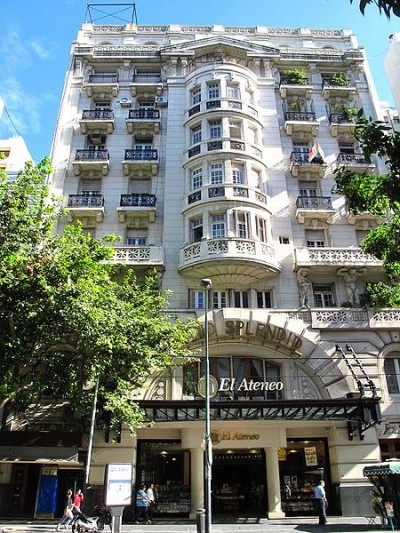