The London Soho It is the old sordid area that was recycled from 1986. Known as “Vice”It was a neighborhood of prostitutes and strip clubs in its narrow streets and passages.

It is currently a neighborhood with elegant restaurants and bars, modern apartments and shops of recognized firm. They only survive the Raymond’s Revuebar, a cabaret for almost everyone, and the Madame Jojo’s, a little more spicy. 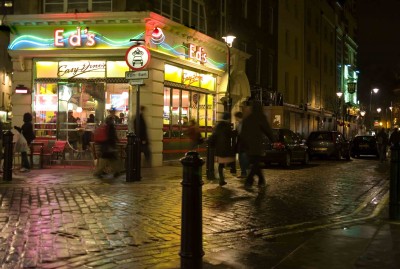 Little remains of the exotic atmosphere of the narrow streets north of Shaftesbury avenue created by Greek and Sicilian immigrants in the twentieth century. Here the big ones live now theaters, known throughout the world. 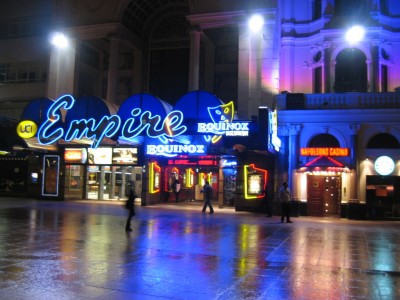 Some streets, in southern Shaftesbury, became the Chinatown thanks to the Chinese who arrived from 1950. Further south, we found Leicester square with the premiere cinemas. 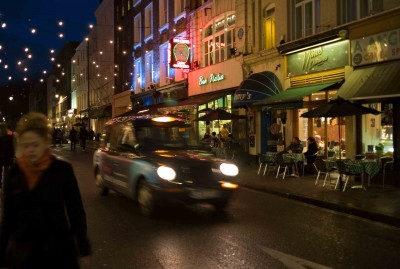 During the day there is a lively cultural life with free concerts in St. Martin-in-the-Fields or a walk through the National Gallery and the National Portrait Gallery.
But the atmosphere of the night party continues in the spirit of the place. Pubs and discos Fashionable gather the march of London night. The neon lights of Soho are still an imperative call for the traveler. We should not miss the opportunity to visit it.