To England flag It is also known as the St George’s Cross (Saint George’s Cross). It is a dark red vertical cross that symbolizes Saint George placed on a white cloth. This red cross appeared as an emblem of the English during the Middle Ages and in the Crusades. It is one of the first emblems and the best known of England. 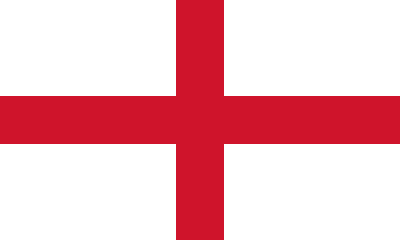 It was hoisted in 1191, but it was not until 1278 that the historic flag of St. George became the England flag. To form the best known flag of Great Britain, this St. George’s Cross with the flags of Scotland and with that of the Patron Saint of Ireland. 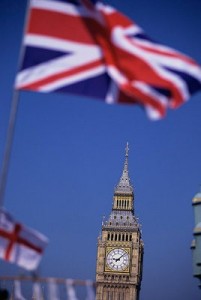 The ‘St Georges’ Cross ’ reached the status of national flag of England it was only during the sixteenth century and it was in the thirteenth century that St. George had become the patron saint of England. The famous legend of St. George killing a dragon comes from the 12th century.

Anthem and flag of England.