The English cable It is located in the Almadrabillas beach, next to the lift dock and at the terminal of a railroad branch, in Almeria. It is an exceptional work of the iron architecture of the Gustave Eiffel school, built with iron and concrete clad in wood. 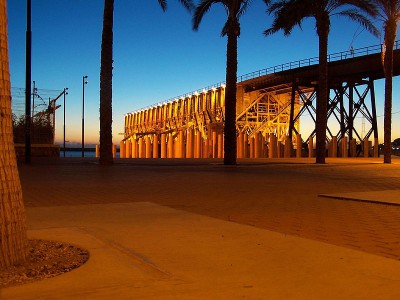 This is a loading of ore that the Scottish company The Alquife Mines and Railway Company Limited He built in 1902 to use it as a transport dock and shipment of the minerals that he extracted from the Alquife mines. It linked the train station with the port. 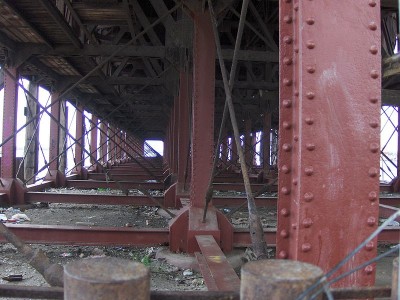 It is a large deepwater dock where trains arrived loaded and by gravity unloaded in some tanks. Then, also by gravity, the ships that docked at his side were loaded by means of retractable ducts. 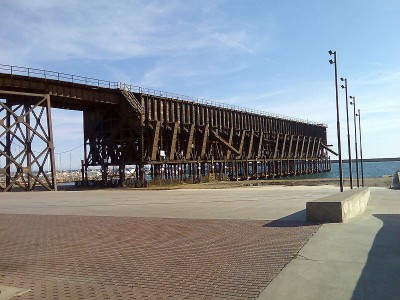 Behind the Civil war, the company was nationalized and its use was declining until in the 70’s it stopped working and in 1980 the expiration of the concession was decreed. Thanks to what was declared Cultural Interest of Andalusia, through the intercession of the General Directorate of Fine Arts of the Ministry of Culture, their scrapping was avoided. 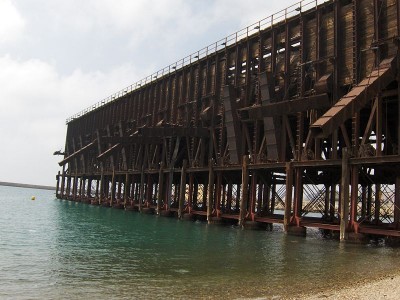 Currently there is a project to restore it and host an exhibition center and a leisure complex with a viewpoint.