National Stadium: Located in the city of Warsaw, it began to be built for the European Championship. It is expected to end in 2010. It will have a capacity of 60 thousand seats and will be a sports-recreational complex. So far it will be the stadium that hosts the opening match, some group matches, a quarterfinals and a semifinal. 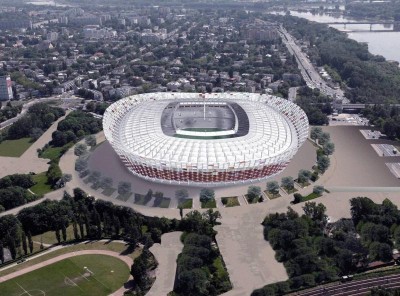 Baltic sports center: It is located in the city of Gdansk. It is also under construction and is expected to end by 2010. It will have 44 thousand seats. It will host group matches and a quarter-final of the European tournament. 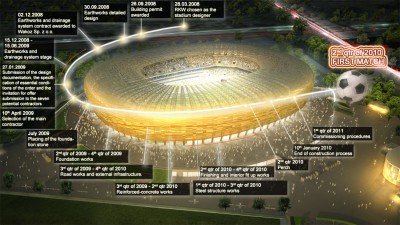 City Stadium (also know as Stadium in Maślice): It is located in the city of Wroclaw. The current name is informal since the name has not yet been decided. It is under construction. Once finished it will have capacity for 45 thousand spectators. It will host three group matches in the European Championship. 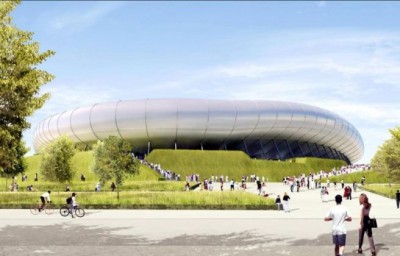 Poznan Municipal Stadium: known for its wonderful atmosphere. The renovation of the field began in 2003, once concluded it became the largest stadium in the country, before the Euro headquarters were completed in Wroclaw and Gdansk. 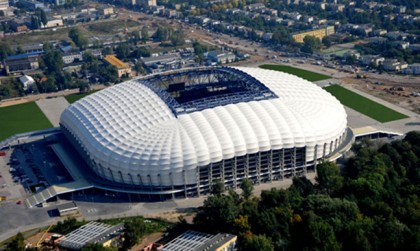 National Olympic Sports Complex: It's a sports center in the city of Kiev. It is the largest stadium in Ukraine and the biggest tournament with 69 thousand seats. The complex also has other sports facilities designed to host Olympic games. This will be the venue for the final of Euro 2012. 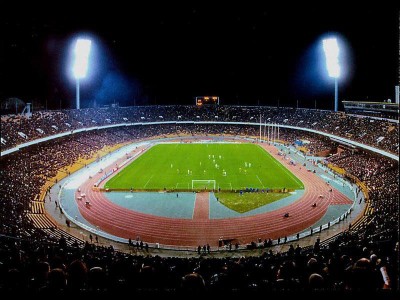 Donbass Sports Center: It's a new stadium in the city of Donetsk. It was inaugurated in 2009. It has a capacity of 50 thousand spectators. It will host FC Shakhtar Donetsk and Eurocup matches. 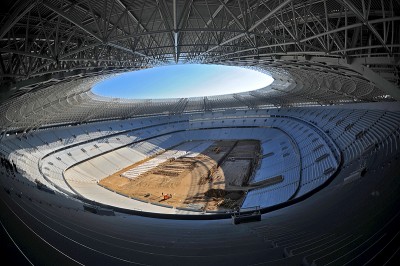 Lviv Stadium: Located in the city of the same name, its construction is expected to be completed in July 2011. It will have a capacity of 33,500 seats. Will host 3 group matches 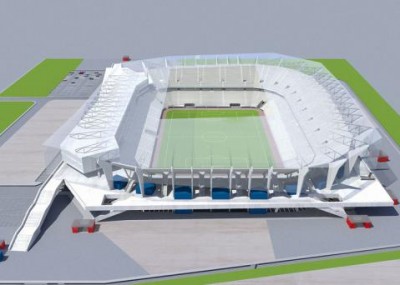 Oblast Sports Complex (also known as Metalist Stadium): It is a multipurpose stadium in the city of Kharkiv. It can accommodate 41,411 spectators. FC Metalist Kharkiv plays at home. 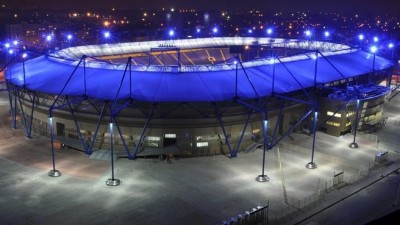