Feria de Abril in Sevilla – It is, without a doubt, world famous. Born in 1847, its origins were commercial, like Cattle Fair and lasted three days.

Over time the number of sellers and buyers of animals grew, and many merchants came there to sell their products. The neighbors were attracted to what ended up being a social gathering and, finally, the party grew to what we know today with almost two weeks of fun. 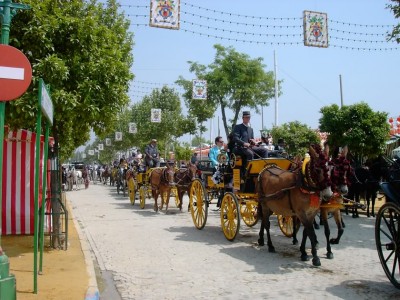 It takes place two weeks after the Easter, next to the Barrio de los Remedios. And it is closely related to the bullfighting fair held at the Royal Maestranza with an important poster of bullfighters and livestock. 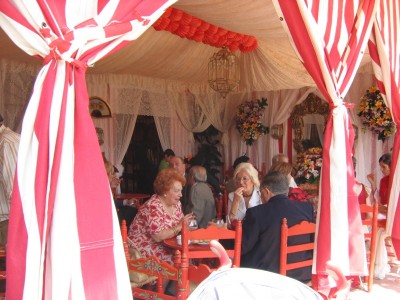 The surface that welcomes it has a million square meters divided into three sectors: the Fair Real, so called by the support that Queen Elizabeth II gave him, where more than a thousand booths are installed. The Hell Streetwhere does the Theme park and a sector dedicated to parking with more than 20,000 spaces. The Real de la Feria has several streets with name and numbering organized for the booths. We leave you a link so you can see the Fair plan.

Among the most shocking you’ll see is the “Light”, official opening moment, when the mayor lights the more than 22,000 light bulbs that gradually illuminate the large structure of the Cover. Then the Real is also lighting up until all the lanterns are on. It is the most anticipated moment, and the party explodes. Traditional food in the booths, that night is the “fried fish”. 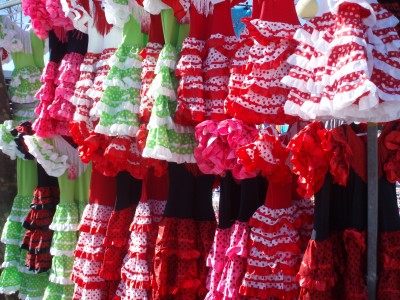 During the day the horses and decked carriages take to the streets in an incessant parade of gypsy costumes. Dance and sing are installed so as not to cease until the last day.