The arabic cuisine It is one of the most attractive within culinary world for its mix of flavors, textures and, above all, for its unique combination of Mediterranean gastronomy and the Indian food. Inside of Arabic food, we find the Mutabbal, delicious dish characteristic of Lebanese cuisine (although in these lands it is called baba ghanoush) and is based on the use of eggplants. 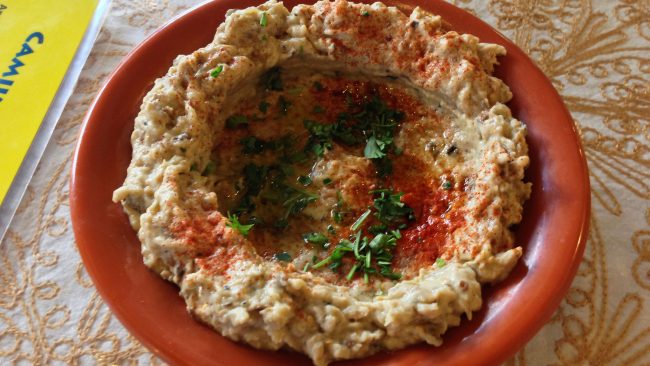 The eggplant It is a vegetable that is usually present in Arabic cuisine, being the protagonist of Mutabbal or cream of eggplants. The Mutabbal It is the result of creating an eggplant puree and seasoning it with pepper, tahini, salt, olive oil and anar seeds; and, it is usually served in shami plan (flat bread or pita bread). 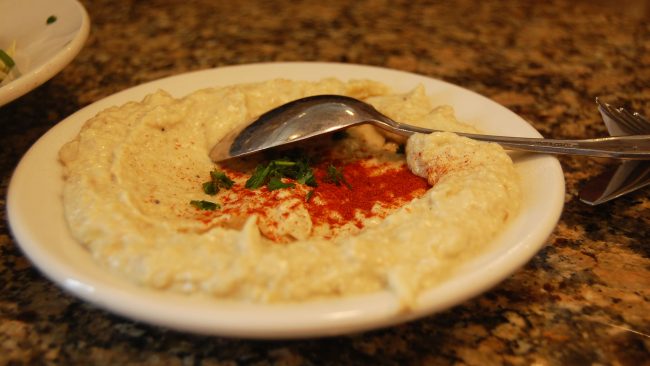 If we wish prepare Mutabbal For four people, we will need the following ingredients: an eggplant (large), tahini (two tablespoons), garlic (one tooth), cumin powder (one tablespoon), juice of half a lemon, olive oil (extra virgin), parsley ( cut to decorate), and salt.

The Mutabbal preparation is simple. First the eggplant is cut in half and deep cuts are made forming rhombuses in its pulp. Then, place the eggplant in the oven (previously heated at 180 ° C for 30 to 40 minutes) on a tray where we have previously poured some oil. When the eggplant is roasted we must let it cool while mixing the other ingredients creating a uniform dough. 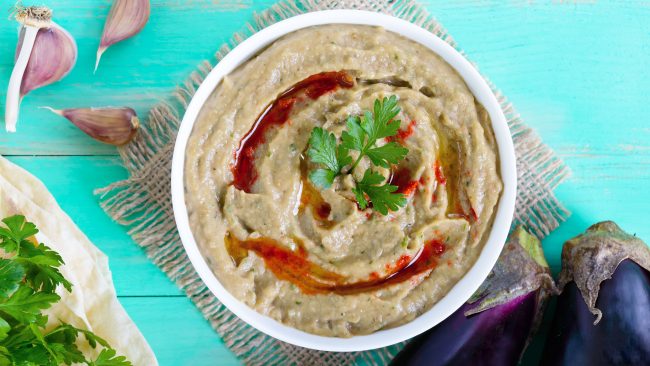 Once the eggplant is cold, we remove the pulp and add it to the mixture. We put everything together creating a mash, either manual or with a mixer, until everything has the same texture. Finally, the puree is placed in a vessel where we can decorate with parsley branches, olives, and, we accompany with flat bread or pita bread.