The Bento (Bentō) is currently one of the Traditional dishes most outstanding of the japanese cuisine. Easy Bento preparation (food that usually contains rice, meat, fish, meat, and a side dish that is usually based on vegetables) and its easy way of transporting it has made it a popular dish within the Japan homes and offices.

He Bento origin dates from the twelfth century although at that time it was called Hoshi-ii and it was packed in small bags, being only in the 16th century when they began to be used wooden boxes Lacquered for presentation. Since this century the Bento it became a traditional dish of the Tea parties. 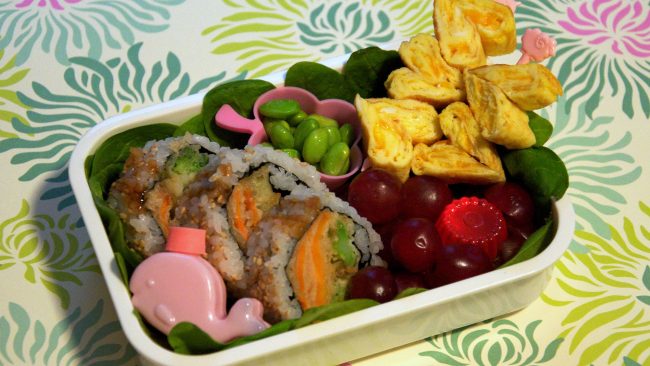 In the 18th century the Bento decayed within the Japanese population and it was in the 80s when it began to proliferate thanks to its easy cooking In the microwave (although formerly it was eaten as a cold dish it is now common to be served as a hot dish), becoming popular with students, university students and workers. Currently, we can acquire Bento in grocery stores, train stations, grocery stores, department stores, or, in downtown Bento stores.

El bento It can be of a single ingredient or varied ingredients, traditionally includes: Rice accompanied by sushi; fish frying (salmon stands out); white / red meat; and, some rolled seafood tortilla. In addition, Bento is accompanied by macerated legumes and a small portion of fruits. 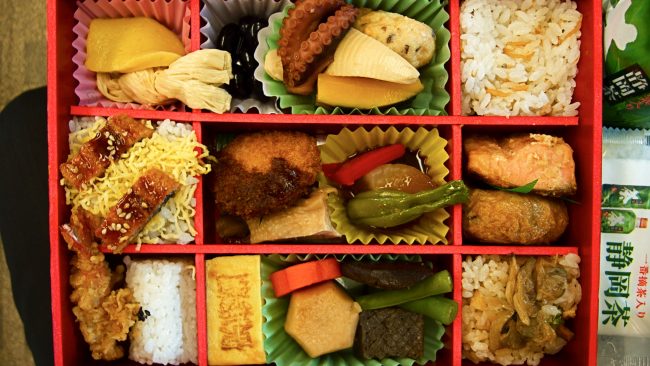