He Teriyaki chicken is a typical japanese dish which is popular within the letter of the main foreign restaurants of all the world. Its flavor, as well as the exquisite seasoning, make it one of the most emblematic dishes in all of Japan.

The Teriyaki It basically consists of an ancient technique of cooking japanese cuisine in which food is roasted – either on the grill or in the oven – in a sweet sauce dressing. Traditionally, the Teriyaki technique consists in cook the meat dipping it into the sauce, after having painted it several times with it. 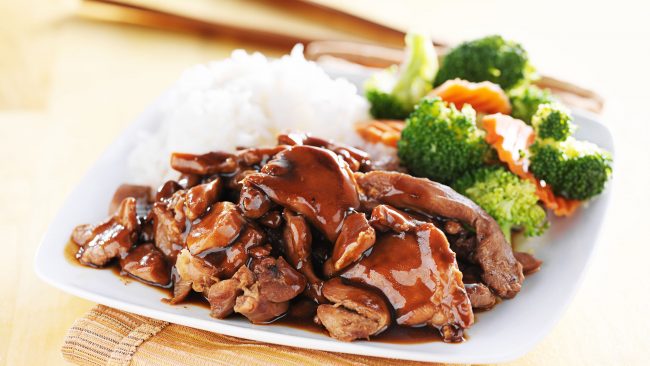 For prepare Teriyaki We must follow the next steps. Cut the chicken breast in different long slices or small squares (according to our preference). Then we add two teaspoons of potato starch in a bowl and, after that, place the trimmed breast over. Now what corresponds is to stir all the Chicken pieces so that they combine completely with the Potato starch.

For prepare Teriyaki sauce, we must mix four ingredients: soy sauce, sugar, mirin, and sake. Mix these ingredients until the sauce is reduced and ready to add the meat. Additionally, we can add ginger and green onion.

Once our sauce is ready, the last thing left to do is cover our chicken with potato starch and bathe it completely Teriyaki sauce. If we wish, we can accompany with white rice to taste or spread Sesame seeds They are always perfect for this type of dishes. 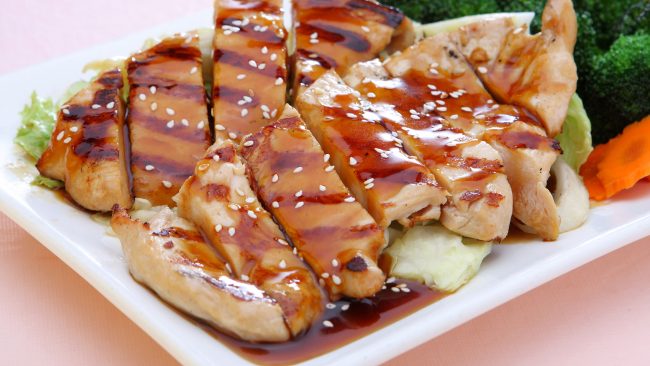 In others gastronomic cultures the name of this typical dish of the japanese culinary for any dish made with a similar sauce and adding ingredients such as sesame or garlic (these are unusual in Japanese cuisine).