The Flag of Belize, like many other cities, had some changes over the years.
From its beginnings to the year 1950, Belize had the Colonial Flag, which was always inspired by the British Honduras style, and the dark blue color, encompassed much more space than the symbols inside the flag. This was the time of the British Colony.

Starting from 1950 to 1981, the flag was radically changed and called British Honduras flag, although its design changes. The blue color is much lighter, practically striking and in the middle of the whole flag is, within a white circle, the National Shield of Belize. 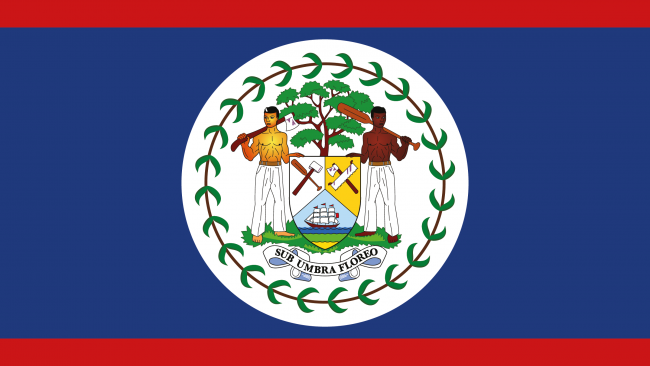 Said shield practically represents the construction of ships, by the firewood, the wood, the oar and the two men that are represented. Under all that is a motto “Under the shade I bloom.”

But as of the year nineteen eighty one, it was possible to adopt the flag that until today is shown in Belize, after having achieved its independence. 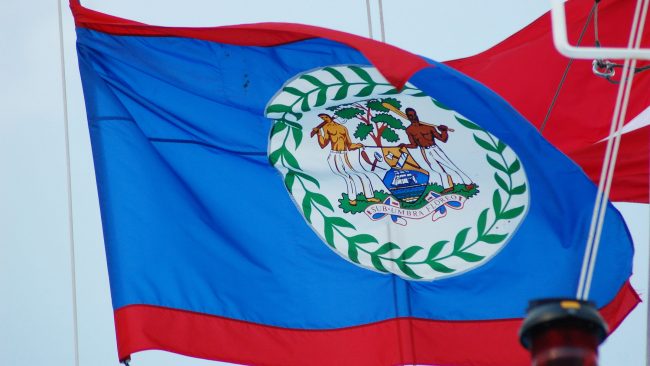 Practically the difference with the previous flag is minimal, the Belize Shield is still in the middle, the blue color became dark again and this time two red stripes were increased, one on each horizontal side of the flag.