The Florida street runs from south to north through ten streets of marked commercial character in the heart of Buenos Aires. It is one of the most important tourist and commercial walks in the city.

Its origin dates from the time of the foundation of the city, in 1580 it was already on the map. It was always the center of activities and social life, until the beginning of the 20th century, promoted by local merchants, it became a pedestrian zone by sections. Trade grew with the arrival of international firms such as Harrod’s. 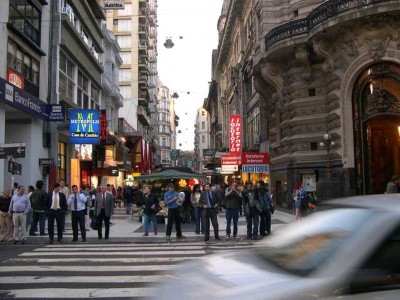 Thus, the Buenos Aires elite moved their homes to the immediate vicinity of the northern part, in San Martin Plaza, originating the North Quarter. 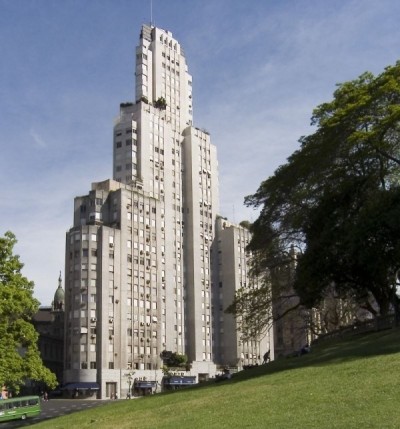 His birth, to the south, is linked to the “city”, The financial district. In its crossing with North Diagonal You can see the Italian Renaissance facade of the Bank Boston building. Going north crosses the Corrientes Avenue, "The one that never sleeps" and where the theaters are, a hundred meters ahead crosses the Lavalle street with its high concentration of cinemas and bars. Following, at the intersection with Córdoba Avenue we can see the building of Naval Center and the Pacific Galleries, declared a National Historic Monument, where the most beautiful shopping center in Buenos Aires operates. 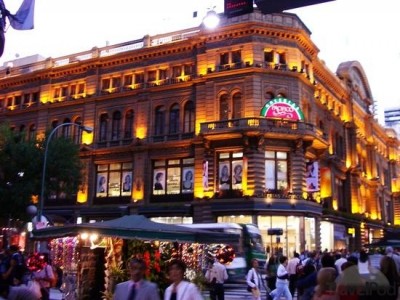 Arriving at Plaza San Martín, where Florida ends, the Kavanagh building, the city's first skyscraper and the impressive Plaza Hotel. 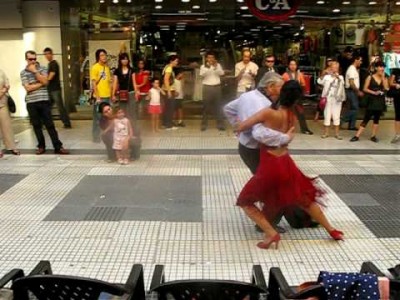 Florida is full of leather shops in all its expressions, of the lowest quality. They enliven your walk numerous street artists that offer free tango shows That will surprise you. Stroll through Florida, have a coffee in one of the traditional cafés like the Richmond or buying books in their famous bookstores is a good plan for your trip.