The Caleta de Fuste Castle It is located in the municipality of The old one, to the center-east of the island of Fuerteventura, in Caleta de Fuste, about 12 kilometers from Puerto del Rosario. It is also known as the San Buenaventura Castle. This old watchtower is surrounded by a bungalow development, very close to the port. 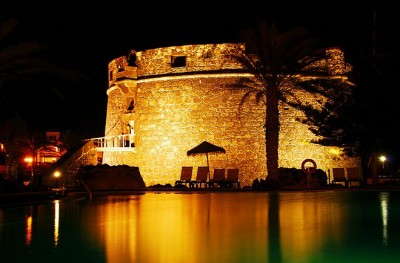 It is a tower of great solidity, with circular plan, erected in the century XVIII, to defend this cove of calm waters and accessible beach very frequented by fishermen, from the attacks of pirates and privateers. In its upper part it has a platform that can house five pieces of artillery. 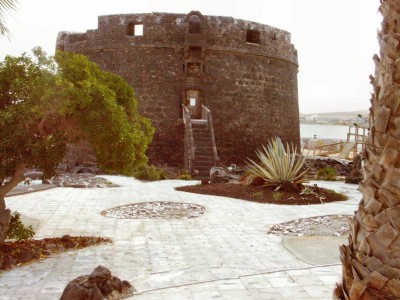 It was built by the engineer Claudio de Lisle. Both in form, as in armament and garrison, it has great similarity with the Torre del Tostón of Fuerteventura, and with the Torre de Gando, of Gran Canaria. It has a half-height access door, which is reached by a stone staircase and a drawbridge that closes it and leaves it isolated. 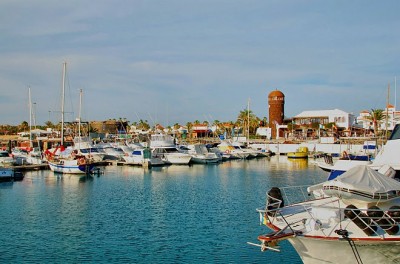 The town of Caleta de Fuste It is a tourist town created around a long horseshoe-shaped bay, with a gentle slope towards the sea. Its beaches were created with imported sands and the low waves make it ideal for swimming.