The Gastronomy of Canada It is rich and varied due to the large number of influences that exist in it, and its culinary customs differ considerably depending on the region in question. Canada has characteristics of the English and American cuisineas well as the french gastronomy, in the French-speaking areas, where their dishes have acquired influences and reminiscences of French cuisine.

With regard to food, the Anglophone part of Canada is quite Americanized, so it is not surprising the abundance of hamburgers, although with typical Canadian meat such as wild boar, buffalo, caribou or elk.

In Québec, located in eastern Canada, we can find the typical tourtièrre, a game of meatloaf in puff pastry very cooked at Christmas. Roasted duck or ham with Maple syrup, the cider rabbit stew and the cabbage and onion soups are also part of the cuisine of Canada, as well as the poutine, chips with cheese crusts and a bath of abundant sauce.

From Nova Scotia comes the Solomon Gundy (raw herring seasoned with vinegar and spices), as well as the smoked steal. In Ontario, casserole dishes, beans, beans, peas, cornbread and prawns are typical. 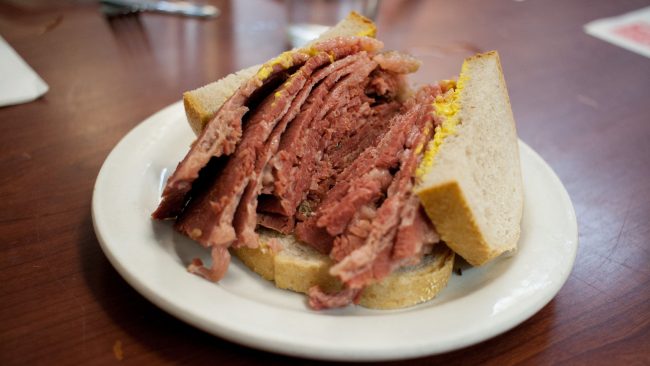 In the cuisine of Montreal, the largest city in the province of Quebec, smoked meats such as beef or beef, chicken, pea soup and boeuf fume sandwich. Salmon is also very present in Canadian dishes, and is cooked in multiple ways, among which we especially recommend Alberta smoked salmon and Malpeque lobsters, mussels and oysters, on Prince Edward Island. In this same city you can try the best veal, not surprisingly it is a province of cowboys.

Next to Alberta, in western Canada, in British Columbia you can find the best fruits and mushrooms in North America, being in the Queen Carlota archipelago where juicy is cooked halibut stew.

To savor the best heritage of indigenous culture, we have to move to Newfoundland, where you can not miss the breaded and fried cod tongues with scrunchions (fried pork bacon pieces), breaded cod and lobster fillets and rabbit, seal or mussel soups, as well as seal fin pie.

However, it is in Nunavut where you will find a real feast of Inuit kitchen, with maktaaq (whale bark), boiled seal or raw frozen trout. In Victoria's kitchen, English-style cuisine predominates, such as roast beef. 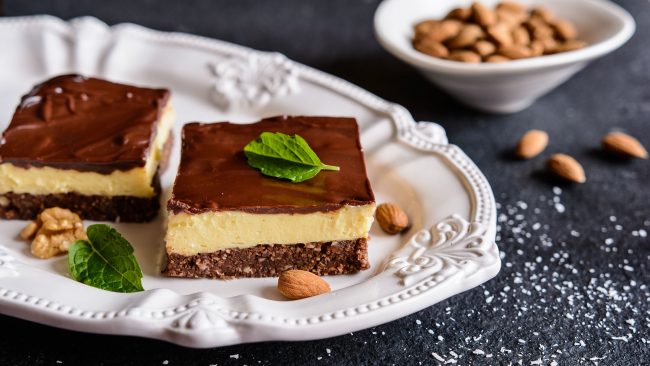 Among the typical desserts of Canada, the sugar cake, the Nanaimo bar and the puding chômeur de Montreal, not forgetting the maple syrup from Quebec and the indian ice cream, which comes from a type of Shepherdia canadensis (original berry from Canada) to which sugar is added.

Regarding the drink, the beer, which is also produced by hand in many breweries. In section wines, those produced in the Okanagan Valley in British Columbia and on the Niagara Peninsula in Ontario stand out, where its extreme climate favors the harvest of the grape variety with which the sweet iced wine, which accompanies desserts. In Quebec, on the contrary, a tasty variety of cider. But, to purchase alcoholic beverages, you will have to take into account that these can only be purchased in authorized stores and restaurants, which you can distinguish by the Licensed Premises badge. 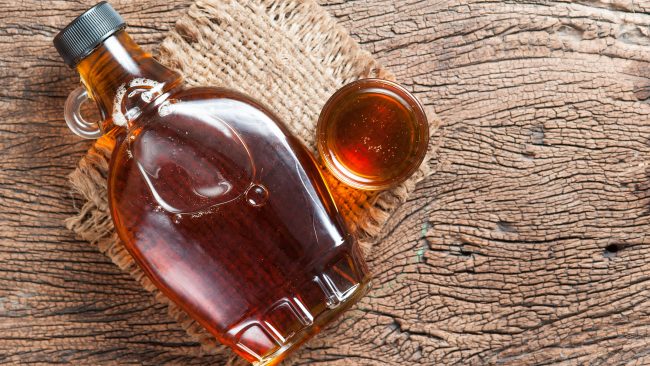 In Canada it is very common to eat outside the home, and new restaurants open daily, where new generations of chefs do not hesitate to offer the most innovative dishes. As for fast food, the powerful Tim Hortons joins the American franchises throughout the world, whose coffee is highly valued for the local population.