The cuisine of Jordan is very nuanced by the influence of various cultures that have passed through its territory. Thus, it has flavors of Greek, Arabic, Persian, English cuisine, among others. 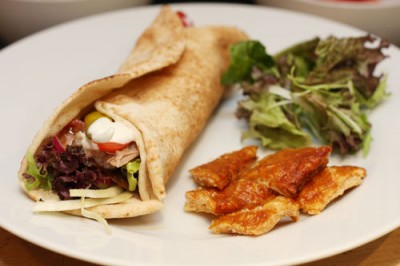 The daily raw material is "khobez", a type of flat and large-sized bread that is sold in bakeries around the country. He is accompanied with eggs, labaneh (a type of cream cheese), zaatar (a mixture of various spices), olive oil and a cup of tea. The cupcakes As the "manousheh”Which includes cheese and zaatar, are very common in breakfasts from Jordan. 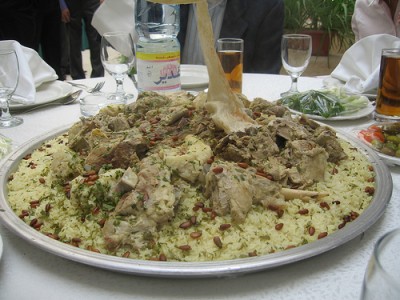 The national dish is undoubtedly the "mansaf" It consists of a plate with several layers of bread "Shraak" (very similar to crêpe) with rice cover, pieces of lamb cooked with a special sauce of "jameed”(Sun dried yogurt), species and golden pine nuts or fried almonds. While it is a national dish, most people eat it only and special occasions. 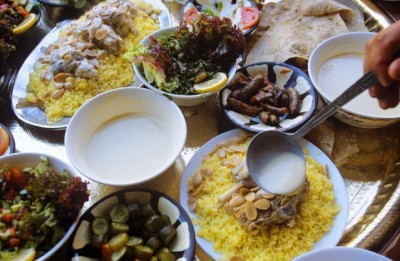 Another highlight is the stuffed lamb, that people enjoy it as a great banquet. This consists of roasted lamb stuffed with rice, onions, nuts and raisins. The meze (snacks) are usually served as part of a meal include hummus (yogurt with chickpeas), tabouleh (Arabic salad), among others.