The Gelmirez Palace (Pazo de Xelmírez, in Galician) is in the monumental center of Santiago de Compostela. Annex to the Santiago’s cathedral, on the left side of the Obradoiro facade. It is one of the most outstanding examples of civil Romanesque in Spain. 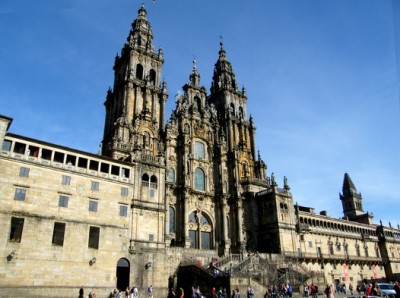 It is an episcopal palace that Archbishop Diego Xelmírez ordered to be built in the 12th century, after the destruction caused in the popular uprising of 1117. From this palace the Archbishop had direct access to the Cathedral. 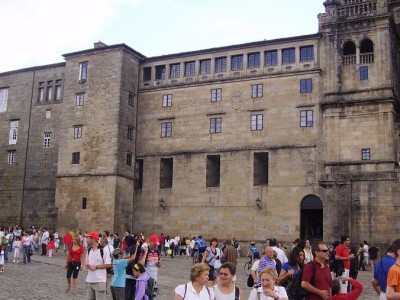 In the eighteenth century a new plant was added in contrasting style with the previous Romanesque construction. Following this extension, the walls had to be reinforced with a new facade. After it we can discover the first Romanesque facade, crossing the access of the Plaza del Obradoiro. 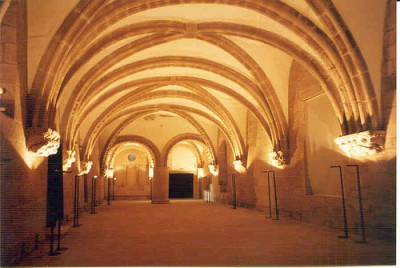 In the low level from the building we find a large room divided into two bays and covered with vaults. Up a narrow granite staircase we ascend to the second level, where the medieval kitchen and the Party and Food Hall of the thirteenth century. Here it is worth observing the corbels that were sculpted with scenes of the wedding feast of Alfonso IX of León on the granite stone. 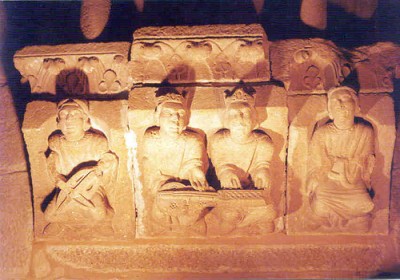 Currently the Palace is part of the Cathedral Museum. It is possible to make a visit that includes entrance to the roofs of the Cathedral. Come out Guided visits daily at 10, 14, 16 and 20 hours. The price It is € 10 for general admission and € 8 for the reduced ticket for students, retirees and pilgrims.