The Giralda of Seville It is the minaret tower of the old Muslim mosque. It is probably the most representative building in the city. It was declared Heritage of the Humaniad by UNESCO. It has served as a model to other minarets of Rabat Y Marrakech. 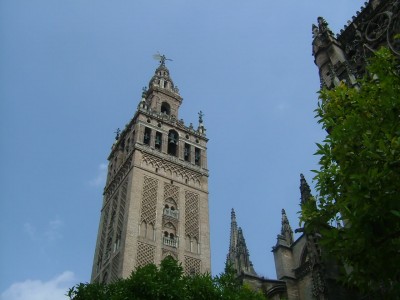 It was built at the end of the 12th century, with an Almohad interior structure and its exterior has Mudejar decoration. Because of the earthquake of 1365, it lost its copper sphere and was restored to Mannerist style definitively in the mid-16th century. 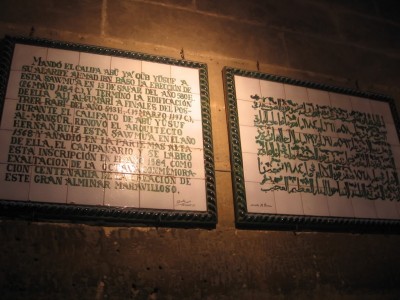 I was attached to Alcazar by a section of wall. Its functions were to call the faithful to prayer and defense. At present it is the bell tower of the Cathedral.
It is crowned with a rotating bronze statue that serves as a weather vane, which they popularly call “The Giraldillo” from which it takes its name.

It has stairs that you can climb to Bell tower, from where the views of the city are remarkable. In its interior it has ramps so wide that allow the passage of horses. 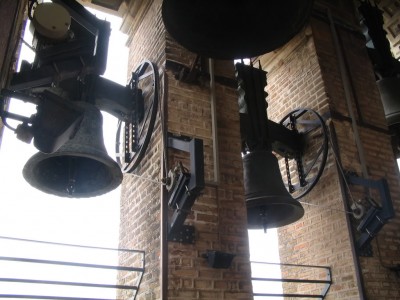