The imposing Gormaz Castle Muslim origin began to be built in the ninth century on the ground where there was a castle of Christian origin. It is located on the top of a hill from where you can see the most beautiful landscapes of the Castilian fields. And it is located about 15 km. south of El Burgo de Osma, Spain.

This castle was once the largest fortress in all of Europe. Because of its importance since 1931 it is a National Monument. The perimeter of this imposing construction is 1,200 wide x 446 meters long, and with a total of 28 towers. The castle is divided by a moat into two areas: the fortress and the walled enclosure. 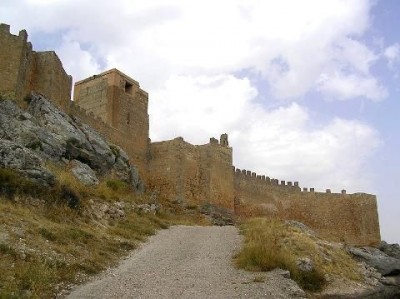 When construction began, work began on the northeast side of the hill. Building a small castle. In the east area there are the chambers of the caliphs, the tribute tower and the Amanzor tower, the fortress and the cistern.

In the oste zone of El Gormaz Castle a pool, a wide esplanade, and the Califal Gate are located. And in the west zone there are 3 stelae that were placed to scare the evil spirits. 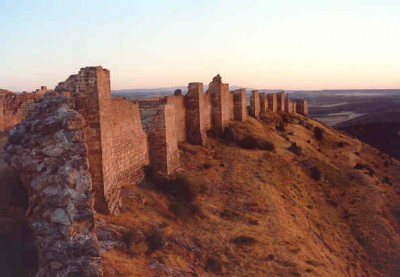