The Grand Theater of the Lyceum of Barcelona, known as «The Lyceum«, Is the oldest and most prestigious theater in Barcelona, especially as an opera house, among which it is considered one of the most important in the world. Situated in La Rambla Barcelona, ​​has been the scene, for more than 150 years, of the most prestigious works, performed by the best singers in the world. For a long time, it has been a symbol and meeting place of the aristocracy and bourgeoisie. In the year 1837, a Battalion of the National Militia, with Manuel Gibert Sans in front, created, in the Montsió Convent, that was in the surroundings of the current Portal of the Angel, the Montesión Filodramatic Lyceum. 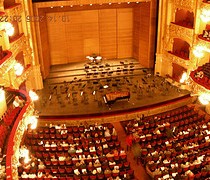 The point of the new entity was, on the one hand, to promote musical teaching and, on the other, the organization of scenic performances of opera house, by students. In 1838, the entity changed the name to that of Licera Filarmónico Dramático de S.M. Queen Elizabeth II. 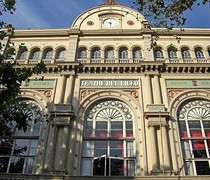 The lack of space and the pressures of the nuns, former owners of the convent, who had recovered some rights they had lost, and claimed to return, motivated that the Liceo Filarmónico Dramático de S.M. Queen Elizabeth II will leave the Convent of Montesión. In exchange, he was granted the purchase of the building of the Convent of the Trinitarians, located in the center of the Rambla of Barcelona. Immediately the demolition work of this convent began to build a new building capable of hosting all the activities of the Lyceum. 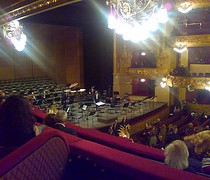