The Greek food, due to the geography and history of Greece, is basically Mediterranean style. It has Italian, Middle Eastern and Balkan influence. Obviously, the origins of the current preparations differ a little from the gastronomy in Ancient Greece. 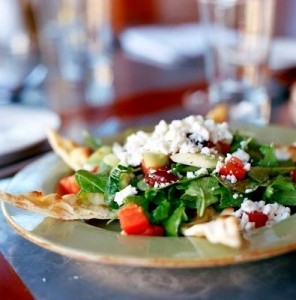 It is known that Greek cuisine is far from the refinements used by other cuisines. It is even said that refinement is the enemy of Greek cuisine. A general feature of Greek dishes is that They are served warm and not hot. 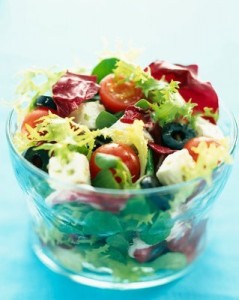 One of the oldest and most characteristic ingredients of Greek cuisine is the olive oil. It is used in almost all dishes. In addition, this oil is produced by trees in the region and is the ingredient that makes Greek food distinctive. 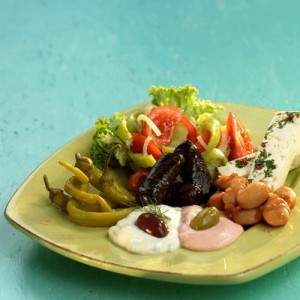 The most used grain is the wheat, with which the flour. It also highlights the use of barley. The vegetables that are most used in this kitchen are Tomatoes, eggplants, onions, green beans and okras. The sesame, as if to sprinkle the donuts. Sheep meat dishes abound. In Greece it is common to find a wide variety of cheeses, among which stand out the Kasseri, Feta, Kefalotyri and Mizithra.

An exhibition of some Greek dishes.