The network of trains in Cantabria It is structured in two axes. The coastal is narrow gauge and is operated by FEVE. Its most important service, although not the only one, is the suburban one, although it also carries out the transport of goods between companies in the region and the Santander port. RENFE It carries out the same operations, but for the axis that communicates with Madrid, which is wide-gauge. 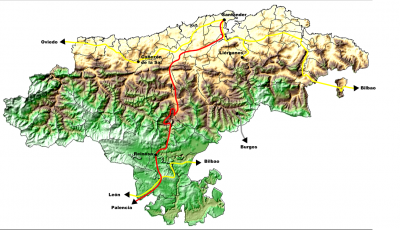 The service has as a nerve point to the city of Santander. The city of Santander It has two railway stations located in the Station Square, a few meters from the bus station and taxi rank. To one of them arrive the two lines of FEVE (from Bilbao / Liérganes and from Oviedo) and to the other, from Adif, comes the line of RENFE from Madrid. 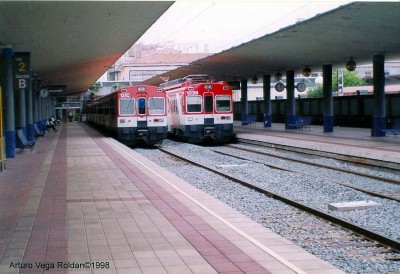 RENFE has trains daily from Madrid Y Alicante (with stops at Palencia, Valladolid Y Ávila). In the case of FEVE, has daily trains from Bilbao Y Oviedo. More information see the website of both services:

The buses they are generally more used than trains. The main companies are ALSA Y Bilman Bus. ALSA It has daily services from Galicia, Asturias, the Basque Country, Extremadura, Castilla y León, Zaragoza and Barcelona; and weekly services from Belgium, France, Switzerland and the United Kingdom. A trip from Madrid takes 5 hours; from Barcelona (via Zaragoza), 9 hours. There are also 20 daily buses from Bilbao, whose journey takes 90 minutes. Bilman Bus offers daily services from Valencia, Alicante, Cartagena and Murcia. For questions about schedules and rates, check the website of the Santander Bus Station: 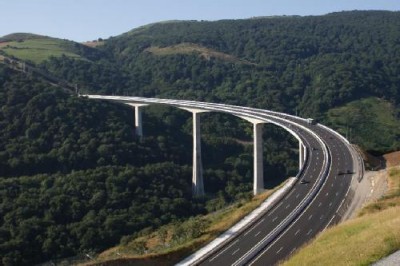 There are 4 tickets per highway main to Cantabria: