The trains they are a means of ground transportation that is becoming important in Irlandto. These are managed by the public company “Irish Rail” (its name in Irish is “Iarnród Éireann”). There are two major stations in Dublin from where trains leave for the whole country: Connolly station (trains to Belfast, Sligo and Rosslare) and Heuston station (trains to Cork, Limerick, Ennis, Tralee Kilarney, Galway, Westport, Kilkenny and Waterford). The train lines are improving, and the frequency and speed of services is increasing. Therefore, it is an excellent way to go Ireland. The website for the purchase of tickets is as follows: 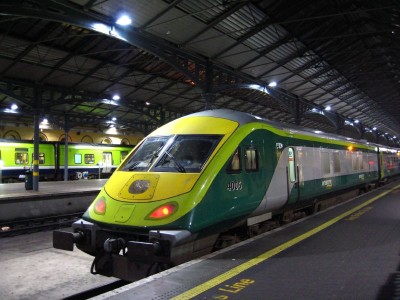 Ireland also has a small system of trams. Known by the name of Luas (“speed” in Irish), the two lines operate in the city of Dublin. The red line goes from the city center to Tallaght, a suburb to the southwest of the city. The green line runs from the central park of St. Stephen Green to the suburb of Sandyford in the southeast. The trams they provide a good connection between the main train stations of Dublin. 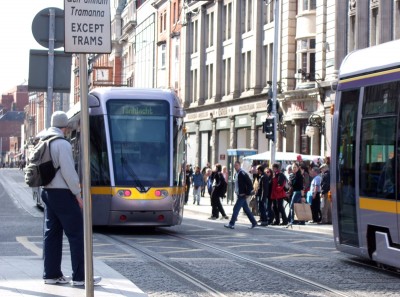 Another important means of transport is the bus. While they are being displaced by the speed and comfort of the train, these are still an economical means of transportation in Ireland. Prices vary between € 10 and € 30. These are the largest companies in the country:

Bus Éireann (or Irish Bus): It travels the routes between cities and also offers local services in the main towns. They sell tickets through their website:

JJ Kavanagh & Sons: It operates on routes between cities directly from Dublin Airport and Shannon Airport. Routes include Limerick, Carlow, Waterford, Clonmel, downtown Dublin and some local services in towns and cities.

If you plan to drive on your visit to Ireland, you should keep in mind that as in the United Kingdom, in Ireland You drive down the left lane. The speed limits are as follows: 120 km / h on the highways; 100 km / h in the roads nationals; 80 km / h on regional and local roads; 50 km / h in population areas. 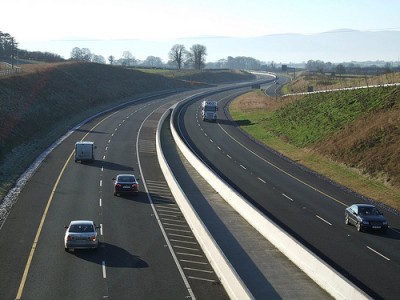 most of freeways they have tolls. These are between € 1.90 to € 3.00. Road signs are bilingual except in the “Gaeltacht” area (Kerry, Galway, Mayo, Donegal, Meath and Waterford), where it is only written in Irish. The state of the roads has improved although many rural roads are still poorly marked.

The services of car rental they are varied and are in all major airports and cities of Ireland. The minimum age to rent is usually 25 years, and in some cases up to 28 years.

In Ireland there is a good service of taxis. All work under a centralized system of rates, so calculating prices is not difficult. This is the website of the State Price Regulation Body: