The main means of transport between cities is the bus. The main routes are between Amman, Aqaba, Irbid Y Hammamat Ma’in. Many companies also cross the Hussein Bridge towards Israel. Minibus services connect the country with smaller towns, but the service is irregular. The Abdali station in the center of Amman It is the largest and has service to all of Jordan (from there buses also leave for the airport for 1.5JD or 1.6 euros). The main company of buses It's JETT 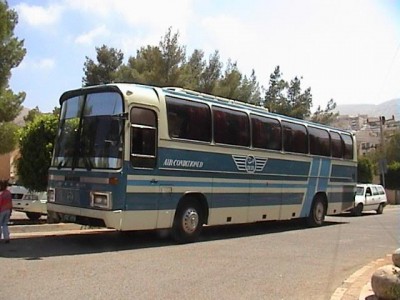 Travel in car (preferably 4 × 4) is a good option, since the rent is cheap and gasoline prices are low as they are arranged by state gas stations (about 0.55JD or 0.66 euros per liter) freeways from Jordan They are generally in good condition. The main routes are the “Desert Highway"—Which connects Aqaba, Ma’an, Amman and continues to Damascus, in Syria— and the “King's Highway”—Which route connects Amman, Kerak, Madaba Y Petra. 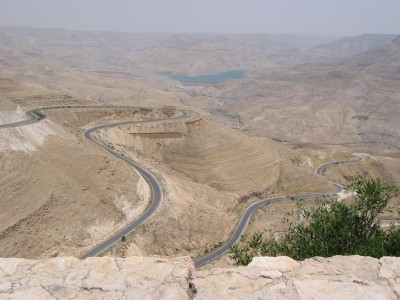 It should be noted that Jordanians have an aggressive driving style and many trucks have defective brakes. Driving at night can be dangerous since many Jordanians do not turn on their headlights because they believe they can see better. 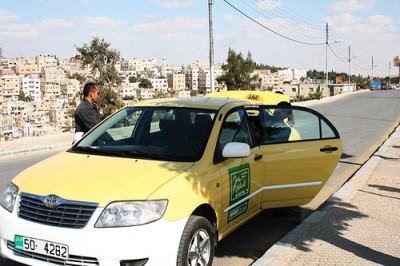 The taxi services between cities differ from taxis regular for being white or cream. They cover many of the routes of the buses. While they are more expensive, they are much faster and convenient. It is possible to convince drivers to vary their route as long as they don't have passengers. Another option is to negotiate with a cab regular. It is common for people to take them to go to Petra, with prices of 75 JD (84 euros) for three people. The main taxi station is north of Amman, and is called Tarbarboor or Tareq.