Güigüí It is located in the Village of San Nicoláson the west coast of the island of Gran Canaria. It is a mountainous massif of great beauty that remains almost virgin, due to its difficult access. Is declared Special Nature Reserve, due to its uniqueness, and is estimated to be 13 to 14 million years old. 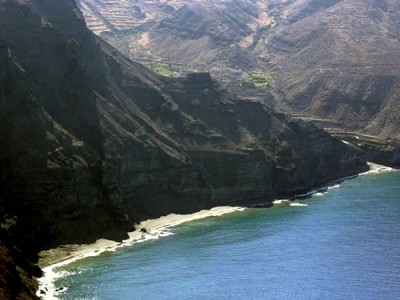 With an area of ​​2920.9 hectares, its landscape is formed by ravines and cliffs, with basalt as the most characteristic mineral. The main ravines are those of Güigüí Grande, Güigüí Chico and Peñón Bermejo. Erosion has dug into them, forming the known Güigüí Grande and Chico beaches. 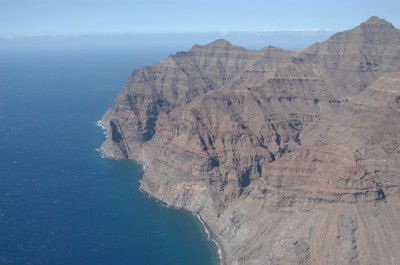 Until this Massif we can only reach through the sea or walking, because of its complicated access it remains an unaltered paradise. The best known and traveled route is the Tazartico road, about 5 kilometers, which goes to the beach. But this is not easy, it is a stony path where you have to overcome a height difference of 400 meters, and you must be in good physical condition to do it. Camping is not allowed in the area, so plan a day trip. 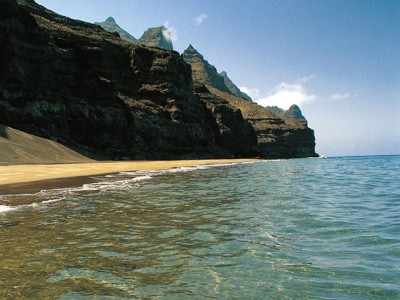 On the vertical wall of Massif, which in Hogarzales reaches 1065 meters, we can appreciate the native flora, which highlights the Tabaidal-Cardonal, which dominates up to 800 meters of altitude. 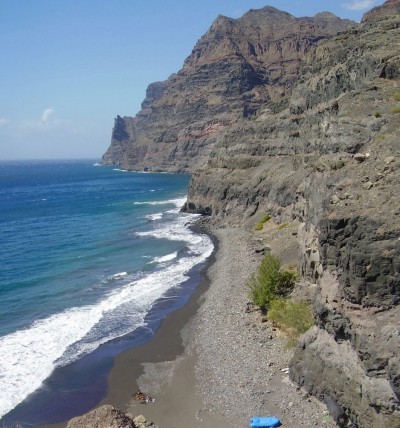 We especially highlight the archaeological site from the area of ​​the Hogarzales mountain, attributed to the Akhdar Fortress, where the last battle between Castilians and Canaries was fought for the island.