Sierra Nevada It is a natural park formed by a mountain range located between the provinces of Almería and Granada, in the autonomous community of Andalucía, Spain. Sierra Nevada has several peaks that exceed 3 thousand meters high and a great diversity of flora and fauna, making it an ideal destination for nature lovers. 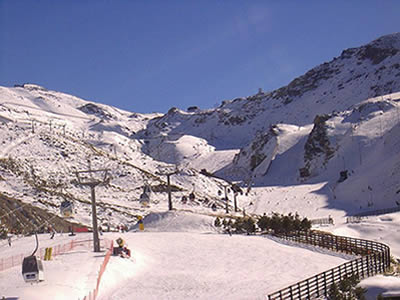 Sierra Nevada It has been transformed over the years into a very valuable site, for its varied hiking trails and for the various national parks that have been created throughout its mountains. In addition, in its high mountains we can find lagoons with glacial origin such as: the Aguas Verdes lagoon and the Caldera lagoon. 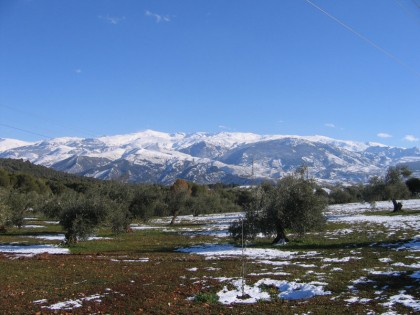 Among the various hiking trails that we found in Sierra Nevada, they highlight:

Sulayr Circular route of three hundred kilometers in length, which due to the high level of difficulty of the trail, has an average duration of 17 days. The road begins in Cabecera del Genil and passes through Valle de Lecrín, Alpujarra Occidental, Cabecera del Río Nacimiento and Alpujarra Oriental until reaching the Marquesado de Sierra Nevada. 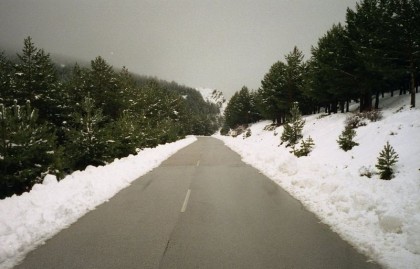 Sulayr – Section 1. Length of 14.7 kilometers. It is a path of high difficulty, with a journey of five hours on average. It starts at the San Jerónimo Track and passes through Collado de las Víboras, Cortijo de Diechar, Robledar de la Mojonera and Collado de Matas Verdes, to finally reach the La Cortijuela forestry house.

Sulayr – Section 2. Length of 19.4 kilometers. It starts at the La Cortijuela forest house and runs in the opposite direction to the Sulayr route – Section 1. It has an average duration of six hours. 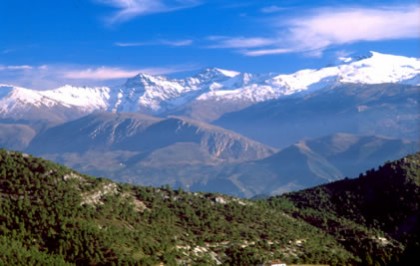 Between Cortijos. It is a medium difficulty route and can be completed in two hours. The route includes 16 kilometers that start in Gojar, passing through Dilar and LaZubía to finish in Monachil.

Veleta Peak. It includes a linear route of six kilometers in length, walking along a path of medium difficulty with an average duration of three hours. It begins in Hoya de la Mora and passes through Mirador del Genil and Collado until finally reaching Pico Veleta.