Of all the festivities of the city of A Coruña it is essential to know the most significant for the population. 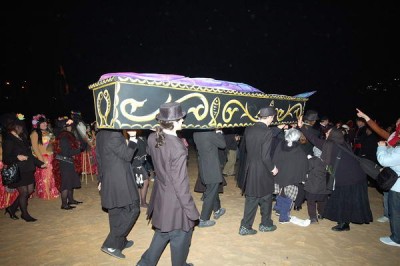 In the month of February the Carnivals arrive with their famous celebration of “A Festa dos Choqueiros” in the street of the Tower of the Barrio de Monte Alto. The choice of the Queen and King Momo, horseback riding, parades and floats and the inevitable Galician laconada (cooked with lacon, grelos and chorizo) with dessert pancakes. 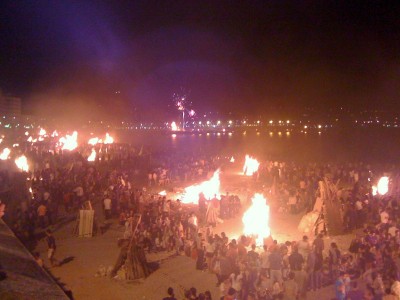 On June 24, the Bonfires of San Juan invade the beaches of Riazor, Orzá, Matadero and As Lapas, with the Atlantic Ocean as a backdrop for the hundreds of bonfires that burn on the shortest but most intense night of the year. Parades, parades and parties with the Meiga Mayor and Children as protagonists, and a magical night where spells and sardines with queimada are not lacking. In a party that has been declared of National Tourist Interest by the traditions that it preserves. 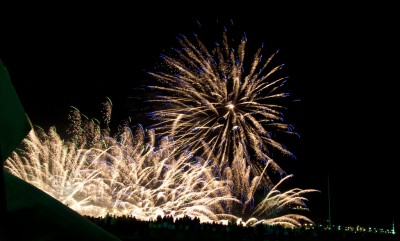 The month of July arrives with the Bullfighting Fair and the Medieval Market, starring the exquisite cuisine of the area.
In August, the whole month is a celebration continued with the Fiestas de María Pita. There are cultural, sports and leisure events including the Book Fair, the Craft Fair, the Battle of the Flowers, the Comic Festival or the Teresa Herrera Soccer Trophy. 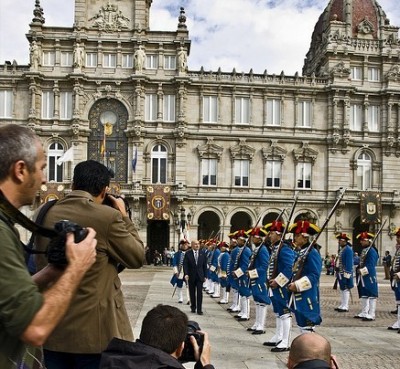 In October the 7th is the big party, with the celebrations of Our Lady of the Rosary, patron saint of the city, since in 1589 they came to her to free the city from English troops. All kinds of events are held in a city that changes its face in honor of the Virgin.