The festivities of Barcelona, ​​as in all Spain, are of religious origin mostly. I tell you the celebrations more featured of each month.
January – New Year, starts eating the grapes of good luck.
– Day 6, Three Kings Cavalcade, which arrive from the sea.
April – Easter week with Processions of Holy Friday.
– Day 23, Sant Jordi, patron of Catalonia, and coinciding with the Day of the book The city is filled with book stands to give with a rose, as tradition dictates. 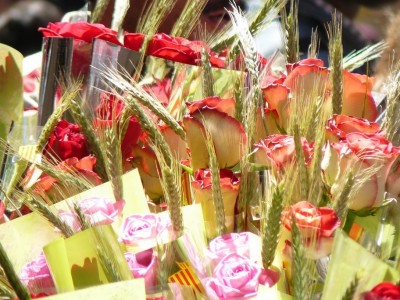 May – Day 1, Work party
June – Day 1, Second Easter.
– Day 24, the Revetlla de Sant Joan, is celebrated with verbenas and bonfires in the streets and the beach. 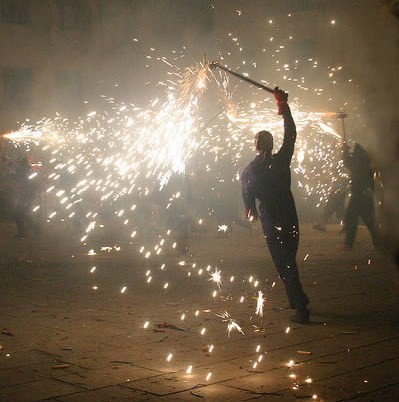 July – Day 16, Virgin of Carmen, in the port of the city, horseback riding and bands were played playing Havana in honor of the Virgin of the sailors.
August – Day 15, The assumption, starts the week of the Festa Major de Gràcia, the neighborhoods decorate its streets and there is music, dances and street games. 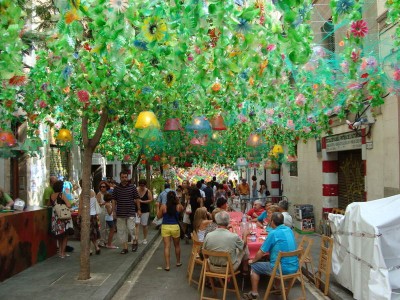 September – Day 11, Diada de Catalunya, it is the Catalan national holiday, there are official acts and dance of sardanas in the streets.
– Day 24, La Mercé is the City Festival in honor of Our Lady of the Mercedes. Fireworks, giant wooden dolls, human castles and lots of music in a week of joy. 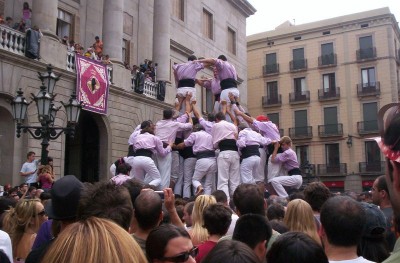