These are some of the most outstanding festivities in Bilbao:

Bilbao Carnival: In February the Gran Via It is the scene of parades of floats, parades and musicians cheering the entire audience present. The best festive atmosphere is usually in the area of Old Town, is where most of the events are celebrated. The typical characters Farolín and Zarambolas are "judged" publicly, activities are held for children, best costume contests and concerts. The last day is the traditional Burial of the Sardine, with a procession from the San Anton Church headed by a large sardine That is burned in public. 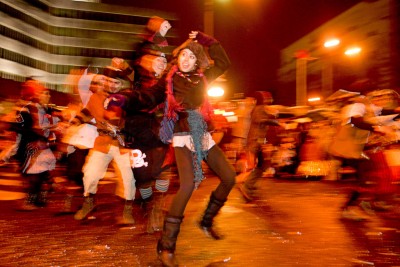 Bilbao BBK Live Festival: This rock and electronic festival was born only in 2006, but its success was such (it summoned more than 51,000 people) that it entered the circuit of the festivals most important musical summer. Every year at the beginning of July, music floods the streets for four days. The most famous bands from all over the world arrive, such as AC / DC, R.E.M, The Police, Placebo, among others. 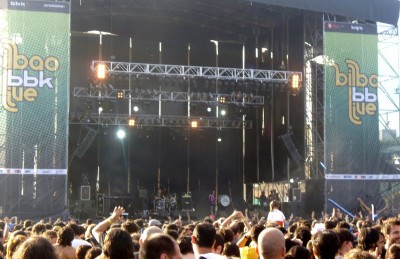 Aste Nagusia: The most representative of the city, and also known as "Bilbao Big Week". The parties are chaired by the call “Marijaia”(Literally“ María Fiesta ”), a fictional and cartoon character dressed in traditional clothing and representing optimism and dancing. The first day all people approach the Arriaga Theater to start the holidays, and applaud and greet Marijaia that looks out from the balcony of the theater, while people get smeared with eggs, flour and cava and during those 9 days, Marijaia go all over Bilbao. During the parties there are traditional acts like the march of the ‘txistularis‘, The recitals of the‘Bertsolaris‘, And the prizes for the best fireworks. The event closes with the burning of the Marijaia. These holidays always begin on Saturday of the week of August 15 and last nine days. 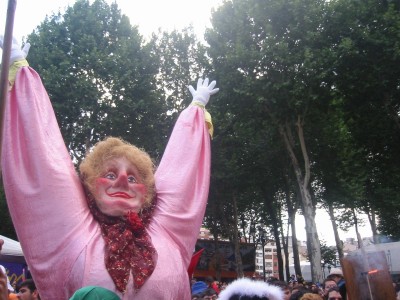 Santo Tomás Market: On December 21, one of the most traditional markets is installed in Bilbao. It is installed in the Arenal esplanade and the New Square, and where several stalls selling typical and sweet products are located. The tradition is to approach the old part of the city and between put and put to taste the famous "talo" ("chistorra" with a corn cake) accompanied by cider or txacolí. 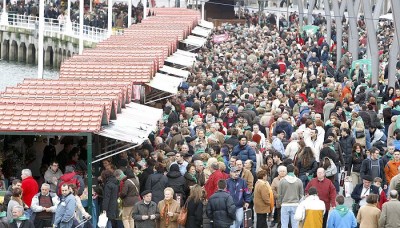