The city of Cádiz Has many festivities of deep popular roots, among which those of religious origin cannot be lacking, as in all Spain. 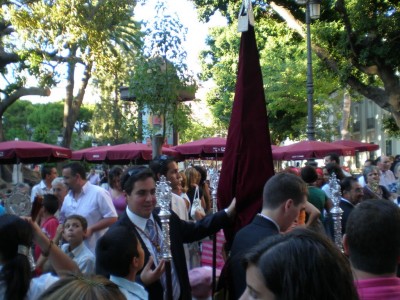 Easter, with the old town receiving the brothers processing with the wonderful steps with carvings of the seventeenth and eighteenth centuries. The city is transformed into a true street museum, to represent the Passion of Christ. In the month of June, the Corpus Christi Walk a magnificent 17th-century silver custody, and the altars win the city. That is when the Plaza de San Juan de Dios is decorated with a carpet of flowers. 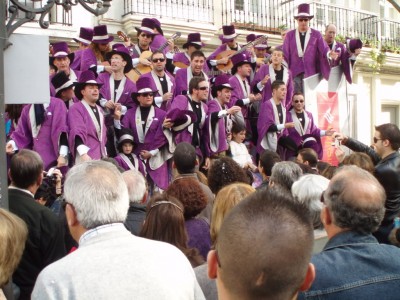 On the afternoon of June 23 “Juanillos” they invade the city, until the last corner. These dolls with the criticisms of the events and the characters, will be burned at midnight, celebrating with the fires the San Juans night.

The Patron saint of the city, the Virgin of the Rosary, has its big party on October 7, with processions and a Floral Offering in the Church of Santo Domingo. How to close a fireworks show.
For November 1, the All Saints Day, “Tosantos”, a particular party is lived, with the open door markets, displaying a striking satirical decoration. 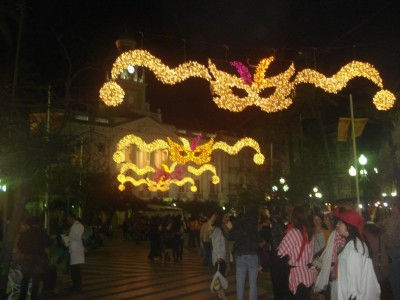 But the one that without a doubt takes the palms is the party of Carnival. It has the distinction of International party of touristic interest, the only carnival in Spain that owns it, and its fame has really crossed borders. In the month of February there is no gaditano who does not go out to win the streets dressed in his costume. He Official Contest of Carnival Groups it takes to the Grand Theater Falla the best of the popular ingenuity sung in chirigotas that will be the center of attraction of thousands of visitors. The Great Cavalcade can not miss anyone. Each year they outdo themselves. Maybe next time we’ll meet there.