The island of Gran Canaria It has parties almost all year round, probably due to its pleasant climate that invites joy. The islanders are characterized by being very traditional and traditional, their parties treasure features of the Guanche culture, typical clothing and typical activities such as folk music or sports such as the Canarian fight and the fight with club. Most parties are linked to religious reasons and can last between one and three weeks. 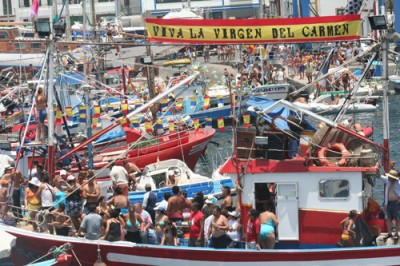 The biggest party of Las Palmas it’s June 24, the San Juans night, when the hillsides surrounding the city are filled with bonfires and fireworks at midnight. The island returns to light on August 10, when pyrotechnics pays homage to San Lorenzo. 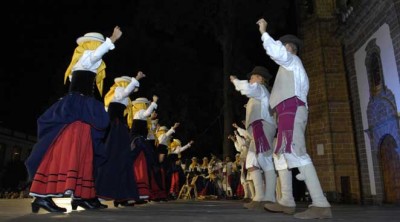 Between the pilgrimages traditional, Naval in honor of the Virgin of the Light, Carmen and Our Lady of the Rosary. The pilgrims leave dressed in the old, with their baskets full of products from the land and the sea. The night walk from the whole island departs to Teror in honor of the Virgin of the Pine It is the best manifestation of faith that we can recommend you to see, it is an example of faith and celebration united in the offering. 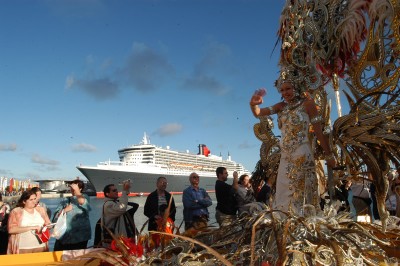 But it is the Carnival the quintessential popular party, internationally renowned and with more than five centuries of life. When the murgas make their criticism of society in the middle of vergons of mogollón, where thousands of disguised people dance happily. The island is won by light, color and party.
Another example of a popular party is The branch, in Agaete, where people go out to pick up branches on the summits at night and, during the day, go to the sea with the musical bands to ask for rain. 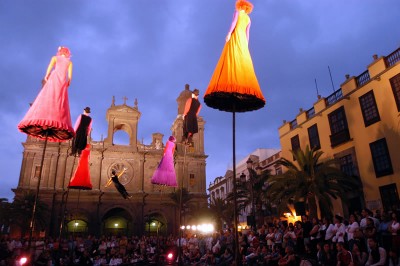