The Pontevedra festivities, like those of whole Galicia, they are intimately linked to its excellent gastronomy and its famous wines in the world. Every Pontevedra party It is accompanied by good traditional music, historical recreations, dances and ancestral rites of this land so given to preserve its identity. 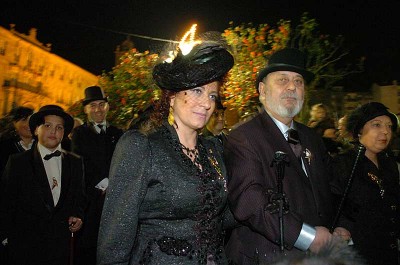 The traditional carnival or Entroido de Pontevedra, arrives in February with a grand opening parade. The Show of Parody tour the city on Tuesday night and closing is done with the Burial of the Ravachol Parrot, central figure of the Pontevedra carnivals along with the King Urco. 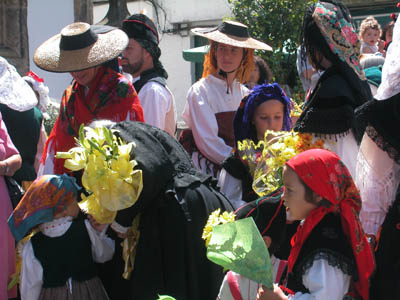 The month of May brings us the “Os Maios” party, in the Plaza de la Ferrería in the historic center. A celebration of pagan origin with fertility rites, where participants dressed in traditional costumes sing satirical couplets dancing around conical monuments made with flowers and farm products receive the light of summer. 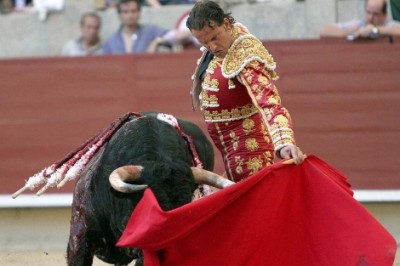 The Feast of San Benitiño de Lérez, the saint "more miracle" venerated since the Middle Ages, is of National Tourist Interest. Crowds of devotees flock to the site of the former Benedictine monastery where the sanctuary is currently located with the small image of St. Benedict, on the banks of the Lérez river, in the suburbs of Pontevedra. A busy pilgrimage in which the assistants pass under the altar and smear a finger in the oil of the lamp to which healing powers are attributed, especially against warts. 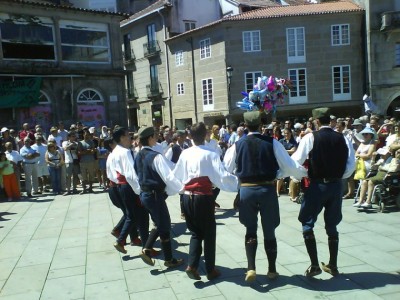 August brings the Festivities of the Pilgrim, the Pontevedra big week with the parties in honor of the Patron saint of the city, the Pilgrim Virgin. There are 15 days of concerts, cultural events, bullfighting fair, floral offering to the Virgin and fireworks.
Of course there are other parties and fairs, such as Pumpkin Fair, the medieval fair or Feira Franca and the celebration of San Juans night, that of Our Lady of Carmen.