The Santiago de Compostela festivities, as in the rest of Spain, they have their origin in religious festivals in most cases. But here the figure of the Apostle Santiago and around it revolves the entire festive universe. 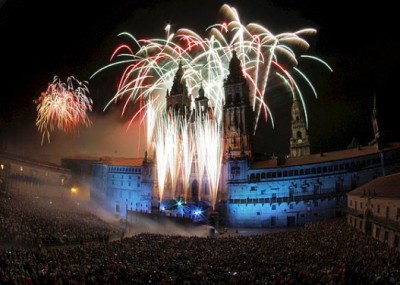 Patron of Spain, the Apostle is celebrated in the Feasts of the Apostle Santiago, of national tourist interest, in the second half of July, with the rocking of the famous botafumeiro (incense) giant in the Cathedral and a great show of Fireworks in honor of the Apostle in the Obradoiro Square for the closing of the party. There are 15 days of cultural and leisure programming that include theater, concerts, street shows and festivals that transform the city. Coinciding, the Compostela Festival, dedicated to traditional Galician folklore. 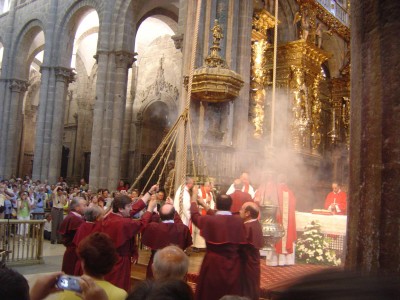 Coinciding with the day of the Saint, July 25 is also the Galega Homeland Day. For December 30 it takes place, on the holiday of the Translation, the Offering to the Apostle Santiago, with new botafumeiro shake. 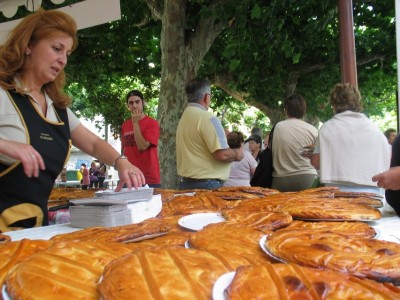 But the tradition of joy and parties translates into many other manifestations, such as pilgrimages, among which it is necessary to highlight the Pilgrimage of San Lázaro, in March, with the Festa das Nails, and where religiosity and gastronomy come together for the celebrations and those of Saint Mark and Saint Peter Martyr, both in the month of April.

He Antroido or Carnival It is celebrated through the streets of the old town. This party has a great reception among the inhabitants who make a parade of floats and parades led by the Meco, a characteristic satirical character.

A people so fond of meigas and bruxas, can not but celebrate especially the San Juans night, on June 23, with the traditional bonfires and some secret spell.
The gastronomy Galician exhibits all its wealth and splendor accompanying each of the manifestations of joy of the people.