The festivities of Seville They are deeply rooted in the spirit of the people. Throughout the year we can enjoy parties that are generally linked to the religious calendar.

Start the year with the Great Three Kings Cavalcade with a parade of floats that every year grows in beauty and spectacularity. And it could be said that it ends with the celebrations of Christmas. 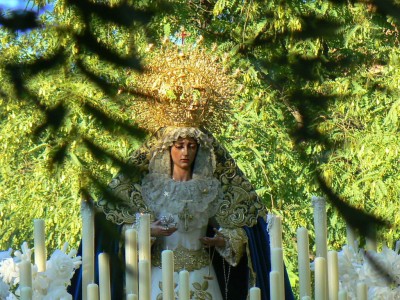 The Easter It is one of the most famous, probably in the world, with the fervor and religiosity that characterize this city. Fifteen days later, the April Fair, one of the biggest tourist claims, for almost two weeks it fills the city with light and joy, with dancing and music in every corner. 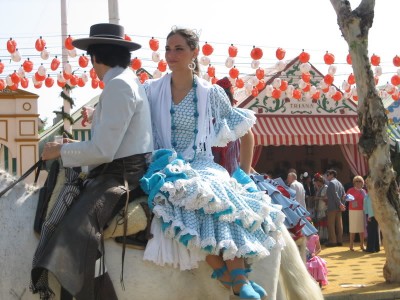 The May Crosses, a festival of pagan origin dedicated to fertility, which was Christianized with the presence of the cross in the streets and around them dances are organized throughout the night.

On Pentecost it takes place Dew, an event of the oldest and that arouses greater devotion. The Sevillian brotherhoods organize a pilgrimage with carts to reach the Rocío.

On May 30 the celebration of the patron of the city is celebrated, San Fernando, with parades and masses. At the beginning of June the Corpus Christi, with the dance of the six and the ringing of bells of the Giralda. The parties for the Saint Patroness of Seville, the Virgin of the Kings, takes place on August 15 with the realization of a novena and a procession. 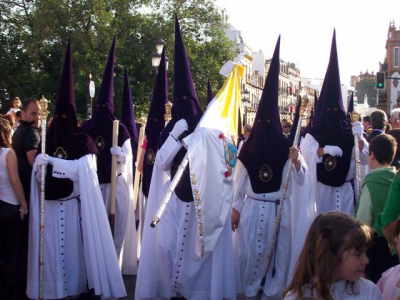 The Velá de Santa Ana, in the neighborhood Triana, has great participation and its origins date back to the thirteenth century. The party lasts several days until July 26, the Patron's day. Many other veils are made throughout the summer in the different neighborhoods and on the days of their employers.