The Tenerife festivities There are many, there are pilgrimages with great celebrations throughout the territory, although there are some “star” parties that we can not fail to recommend and highlight. 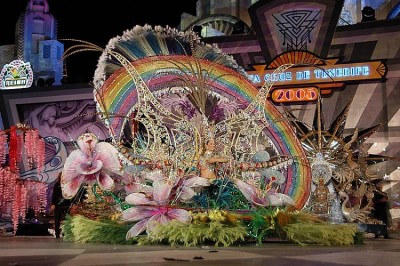 He Tenerife Carnival It is one of the most important in Spain. It has been declared, very justly, International party of touristic interest. With its two faces: the “officer” with parades, parades, rondallas, rich costumes and contests, is what makes up one of the most valued carnivals in the world. And the popular carnival of the streets, where thousands of people are characterized to launch to celebrate with the orchestras of Caribbean rhythm during all the nights of this magical week of February. The most important is that of Santa Cruz, but the whole island celebrates. 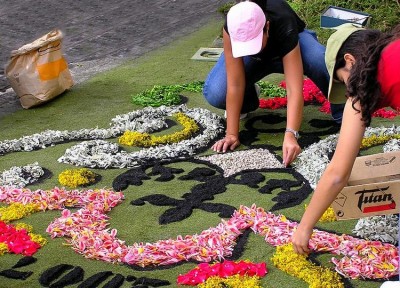 The Corpus Christi festivities, arrive in the month of June, with their flower rugs or volcanic sand, especially in La Orotava and La Laguna. These traditional festivals, with centuries-old heritage, cover the streets with beautiful designs that later, during the procession with the image of the Corpus, will serve as a carpet for the thousands of faithful who accompany it. The carpet of the Town Hall Square of La Orotava It is the most spectacular, in it the artists invest a month of work. 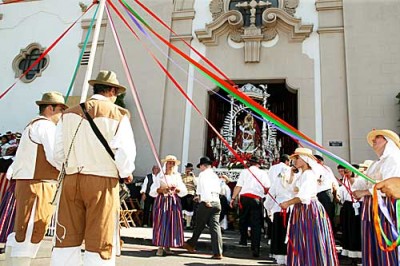 The Feast of Our Lady of the Candelaria, patron of the island, has its greatest exponent in the town of Candelaria, with religious celebrations and processions at the beginning of February and the important pilgrimage celebrated in the month of August.

The San Andres FestivalOn November 30, in the municipality of San Andrés de Santa Cruz, it is celebrated with processions, verbenas and wine tastings, coinciding with the tastings of new wines.