These are the main festivities from Vitoria and its surroundings:

Carnivals (February): Costumes, dances, comparsas and floats transform the city before the arrival of Lent. It is worth noting the tradition of “Marquitos” (a doll that represents carnival), which after being impaled is publicly prosecuted by a satirical sermon and condemned to the stake. 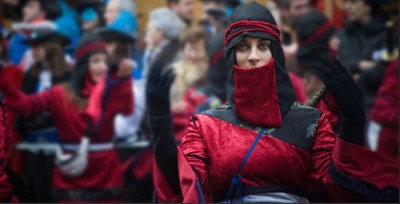 San Prudencio toilet (April 27): These are the festivities in honor of San Prudencio, the Patron of Alava. On the eve of the party the interpretation of the ‘Toilet’ in the Plaza de la Provincia is performed by bands of trumpeters, clarineteros and drummers. Then, the ‘Tamborrada’ in which the chefs and gastronomic representatives of Alava, who go through the streets to the sound of “txistu” (wind instrument of Basque Country) and the drum. It is typical to eat on these dates scrambled perretxikos (mushrooms in the area) and snails. 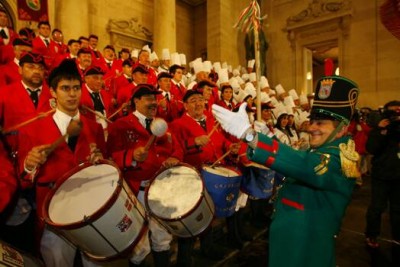 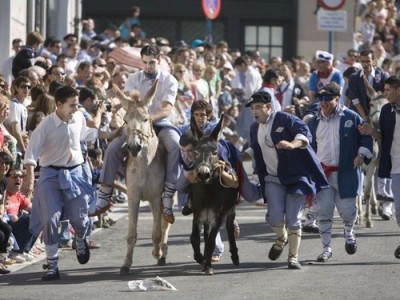 White virgin (August 4 to 9): The party begins with the “lowering of the Celedón” – doll dressed in traditional clothing (bag, wine boot and umbrella) – from the bell tower of San Miguel to a balcony of the White Virgin Square. At that moment the bottles of champagne are uncorked, they light up cigars and the music of the fanfarres, the txistu, and the bass drum sounds. The parties last five days with multiple festive events, shows, parties and bullfights. The night of the fourth of August takes place the traditional Procession of the Lanterns, which are carved with crystals of different colors. At one o’clock in the morning of August 10 “Celedón” says goodbye to the city, going back up to the tower of the San Miguel bell tower accompanied by fireworks. 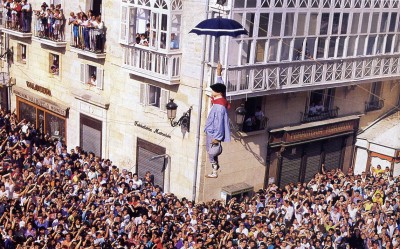 Pilgrimage of Olárizu (September 8): It consists of the ascent to the cross of the Mount Olárizu. It is tradition to end the day with a snack with melon in the fields of the mountain. With this pilgrimage the summer cycle is closed and the peasant rite of thanksgiving is fulfilled for harvesting the crops.