There are currently two versions of National Anthem of Canada, a reduced and the original. Also, since it is an officially bilingual country, both the French and English lyrics are legally recognized as a national anthem. 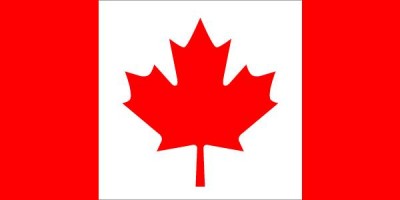 The National Anthem of Canada is «O Canada», a theme that was originally commissioned in 1880 by Théodore Robitaille, Lieutenant Governor of Quebec, for the ceremony of Saint John the Baptist and whose music was composed by Calixa Lavallée. As an accompaniment, the poet and judge Sir Adolphe-Basile Routhier made a patriotic poem in French, and in 1906 it was translated into English.

«O Canada» was presented for the first time on June 24, 1880, the day of the feast of Saint John the Baptist, patron saint of Franco-Canada, but it was not until July 1, 1980, when it was confirmed as a national anthem. Until that time, the national anthem had been the British «God Save the Queen», which today is still the Royal Anthem of Canada, since the country is an English colony.

The Official English text of «O Canada», is based on the poem that Robert Stanley Weir wrote in 1908; It should be noted that it is not a translation of the French version. The lyrics of the National Anthem of Canada in English underwent some changes in 1908, from a committee of the Senate and the House of Commons, but the French remains intact.

Although the original versions of both languages ​​have more stanzas, only the first of these is legally recognized as a national anthem.

This is the official letter of «O Canada» in French:

In this video you can listen to «O Canada» in French:

Here you have the official letter “O Canada” in English:

Finally, we leave you with a video where you can listen to «O Canada» in English: