The lyrics and music of England anthem They come from ancient verses and music of the seventeenth century. In 1745 a patriotic song was sung publicly “God save the king” and was recognized as the National Anthem of England at the beginning of the 19th century. The authorship is anonymous.

The version that is most used to explain its origin is the one that counts when Charles Edward Stuart arrived in Scotland in 1745 to restore his father’s throne, raised the followers of the Catholic King James in arms. To the shout of “For King James and not for union” he beat the army of King George II near Edinburgh. When news arrived in London that he had won at Prestonpans, the director of the Royal Theater band made a musical arrangement called God save the King and performed it at the end of the concert. 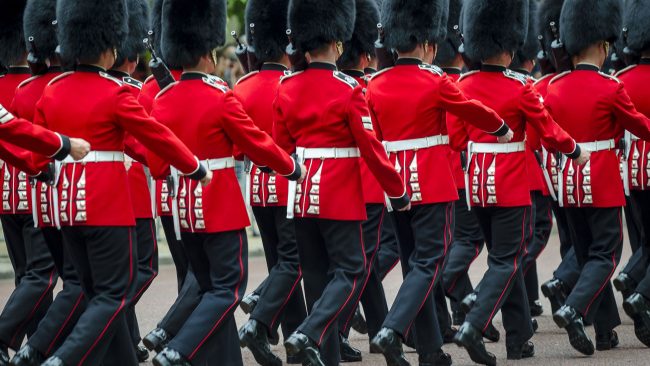 Due to its success, the number was repeated night after night. This interpretation became fashionable, and every time the monarch entered a public place he was greeted with that song. Thus the phenomenon was extended to other theaters and to the public.
Over the years new stanzas were incorporated, which are sung very rarely.

This is the lyrics of «Good Save the Queen»:

O Lord, our God, arise,
Scatter thine (or her) enemies,
And make them fall:
Confound their politics,
Frustrate their knavish tricks,
On thee our hopes we fix:
God save us all.

Thy choicest gifts in store,
On her be pleased to pour;
Long may she reign:
May she defend our laws,
And ever give us cause
To sing with heart and voice
God save the Queen.

The following stanzas are currently in disuse because they are considered old and with an imperialist tone:

Not in this land alone,
But be God’s mercies known,
From shore to shore!
Lord make the nations see,
That men should brothers be,
And form one family,
The wide world over.

Lord grant that Marshal Wade
May by thy mighty aid
Victory bring
May he sedition hush,
And like a torrent rush,
Rebellious Scots to crush.
God save the Queen!