The lyrics of the hymn belong to one of the poems of “Hymn to freedom”, work of the renowned Greek writer Dionysios Solomos. The extensive poem is 158 stanzas and was written in 1824 inspired by the Greek Revolution against the Ottoman Empire. On the other hand, the music was composed by the musician Nicolas Mantzaros in 1821 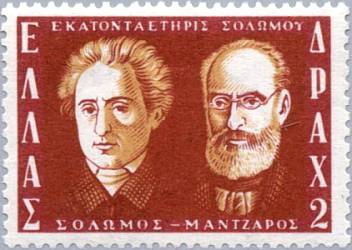 The hymn was baptized as “Eleftheria”, which means Anthem of Freedom and although at that time King Othon congratulated the authors for his work, he did not change the Royal National Anthem. It was after being deposed by King Geroge I that this hymn was introduced in official celebrations. It was then that since 1864 it was instituted as the National Anthem of Greece. Currently it usually sounds on the most important dates of the country and is toned with much respect. It is amazing to see the immense patriotic feeling with which today’s Greeks sing it. 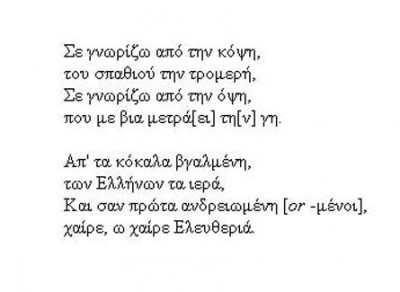 It is important that you know a little more about the history of this country, cradle of civilization, that’s why we leave you a video of its National Anthem.