The National anthem from Holland It was created between 1569 and 1578 and it is a poem that bears the name ‘Wilhelmus’ (Guillermo) because it was dedicated to Prince William of Orange, a leader of the independence struggle against Felipe II of Spain. It is composed of fifteen stanzas of fifteen verses, although the author is unknown, he is the diplomat Philips van Marnix van Sint Aldegonde, who contributed to the final text. 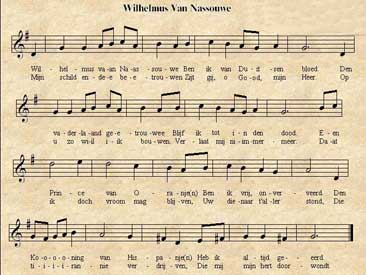 It is since May 10, 1932 that ‘Wilhelmus’ is the Dutch National Anthem and it was by Royal Decree that it was arranged to be interpreted on all official occasions. The melody is inspired by a popular song of French soldiers of 1568, and was elaborated by Adriaen Valerius.

The song is part of the genre of 16th-century poets, called followers of Dutch preciousness, one of its characteristics is the fact that the beginning of each stanza, those that form the acrostic “Willem Van Nassov”, in the Spanish translation also seeks to respect the acrostic.

Currently a song is sung Official version which is the Walther Boer adaptation made in 1932. We leave you with the video.